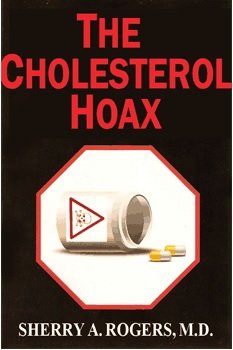 It’s not uncommon for “trends” to exist in the health and nutrition news world. One day the Atkins diet is in and the next day the USDA Food Pyramid is ordering everyone to eat less meat.  Years ago, high cholesterol was considered deadly to people and consumers left and right were prescribed “miracle” statin drugs which have now been shown to cause amnesia and brain-related disease such as Alzheimer’s.

However, there are some health “fads” or practices which have stood the test of time because of their effectiveness. One forgotten nutrition habit is the consumption of lowly apple cider vinegar. This elixir was popularized by Bragg Health Crusades and is perhaps not as talked about as it once was. However, don’t consider apple cider vinegar a health “fad.” Plenty of consumers continue to drink their one tablespoon of apple cider vinegar with one glass of water before meals every day.

At first glance, when one peruses the nutrition label on a bottle of organic, raw apple cider vinegar it appears to have no nutritional value whatsoever. It doesn’t even contain any calories, units of measurement of energy in our foods.  So what is the big deal about this “health tonic” anyway?

In the case for apple cider vinegar it’s what you can see in the bottle, not what you see on the label!

Keep in mind that the United States Department of Agriculture (USDA) regulates what goes on food labels (in the United States). Manufacturers and food producers only need to label the percent of daily values of nutrients that are deemed necessary to sustain life by the USDA.

If one is able to get past the mysteriously empty nutrition label on a bottle of organic, raw, unfiltered apple cider vinegar and look at the inner contents they may notice a cloudy, floating substance.

And herein lies the “miracle” properties of apple cider vinegar.

This substance is the “mother” and is a chain of proteins and enzymes. The mother contains a wide variety of trace minerals such as magnesium, copper, boron, iron and organic and naturally-occurring sodium.  This nutritional powerhouse is formed during the fermentation process which is usually performed in a wooden barrel from crushed organic apples. Apple cider vinegar also contains the soluble fiber pectin, acetic acid, silicon, potassium and essential amino acids.

This unique combination of minerals and other elements helps to promote the body’s optimal health by improving metabolism. Apple cider vinegar promotes a balanced alkaline-acidic state in the body which allows the body to properly metabolize nutrients.

This has been proven by recorded observations of apple cider vinegar consumers. Apple cider vinegar was mixed with water (in any amount from one teaspoon to one tablespoon of the cider vinegar to one eight-ounce glass of water) and taken before each meal by those suffering from excess weight. Their waist lines were re-measured after approximately 30 days of this regiment and they were also reweighed.  It was found that in most cases the circumference of the waistline had diminished, but in some cases the weight of the individuals had also increased.  Doctors believe this is because the apple cider vinegar optimized these individuals’ metabolism to the extent they were better able to metabolize and absorb calcium! Their skeletal frame now weighed more after their apple cider vinegar regiment.  Proof of increased calcium absorption is demonstrated by the decrease in dental caries and tooth decay experienced by users of apple cider vinegar.

Many people today have poor health due to the acidic condition of their bodies. It is important for optimal health for the body to be in a proper pH balance. This epidemic of acidic internal conditions may be partially responsible for the ever-increasing rates of cancer. Cancer cells cannot survive in alkaline conditions.

Apple cider vinegar, while an acidic substance, actually promotes the proper internal acidic-alkaline state. This means it will help balance the body’s pH whether it be too acidic or too alkaline. Apple cider vinegar also acts as a support to the liver. The liver is the body’s detoxifier and over time it will house a build-up of toxins that it has absorbed so as to prevent them from poisoning the rest of the body. Cider vinegar can help the liver detoxify these poisons and the pectin helps rid them from the body.

Apple cider vinegar has even been attributed to halting and reversing issues such as hair loss and thin and cracking nails. These may not be specific health conditions but are indicative of poor health caused by missing nutrients needed by the body. Once again, this can be attributed to cider vinegar’s ability to optimize metabolism. After the body is permitted to absorb the nutrients in food, many health conditions disappear.

However, this does not mean that one can eat however they desire and take apple cider vinegar to make up the “difference!” It won’t matter if apple cider vinegar is optimizing mineral and nutrient metabolism and absorption if only foods of little to no nutritional value are being consumed. Rather, organic, raw apple cider vinegar with the “mother” can help the body absorb all the nutrients in a healthy diet because it possesses the enzymes that aides in proper metabolism.

We do not recommend consuming apple cider vinegar alone as it can burn the esophagus if swallowed incorrectly. We prefer mixing it with eight ounces of properly filtered water or even as an addition to a cup of chamomile tea. For optimal benefits, consume one teaspoon to one tablespoon of apple cider vinegar per eight-ounces of water, preferably before each meal, or, if not feasible, at least once a day.