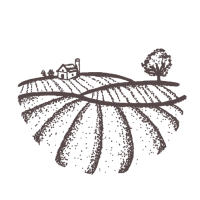 The local farm where I get raw milk and beef has grass-fed/finished cattle, but the farmer does supplement them with about 4 pounds of grain most days. He said he has to do this especially in drier weather and that this is not a lot considering commercial cows get 10-30 pounds of grain three times a day.
What do you think about farmers supplementing cows with this small amount of grain as needed? And is it a big enough problem to look elsewhere for our raw milk and beef?

I don’t care what commercial cows eat-that is irrelevant to the point. If, every day, the cow is receiving four pounds of grain, that is not a grass-fed cow. I would have to say the farmer that is calling his beef and milk grass-fed is misleading everyone by claiming that the product is grass-fed or grass-finished. It is very true that in many parts of the country you cannot have cattle feeding on grass every single day of the year specifically because in the winter, there is snow. But, if you are feeding them green alfalfa hay which contains chlorophyll and other nutrients and you’re not using any grain, the cow is still typically considered grass-fed.
However, to give grain to something that is supposed to be grass-fed and grass-finished-I hate to be harsh, but I would have to say that farmer is lying, if he claims his beef is such. I understand you don’t only graze your cows on grass because there are problems and sometimes you have to give them alfalfa hay and other foods which may be considered legal, but if a farmer is feeding grain to his cows every day, it is not grass-fed or grass-finished so I disagree. I believe the farmer is misleading his customer.
David Getoff, CCN, CTN, FAAIM, Price-Pottenger Vice President

We pick the best questions, research an answer, and post them here.

Where can I find true optimal lab test reference ranges?

Are there any recommended vitamins or minerals for those without a gall bladder?