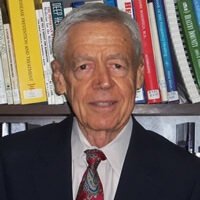 Ed Bennett holds a Bachelor of Science degree in aeronautics, but his early interest in food preparation and organic gardening led him into the natural foods business shortly after graduating. His education in that field began by working with local organic farmers, who inspired him with their passion for growing produce and raising animals using Nature’s principles. He was instrumental in creating the first natural foods store in Hawaii to produce sprouted and whole-grain bakery products, and has held management positions in several retail health food stores.

Bennett was introduced to Price-Pottenger by Pat Connolly, who was at that time Executive Director of the Foundation, and with her guidance soon found that by following the principles of Dr. Weston A. Price and Dr. Francis M. Pottenger, Jr., he noticed life-changing improvements in his own health. He was invited to become a member of Price-Pottenger’s Advisory Board and was later voted to the office of Board President. He is especially committed to teaching Price-Pottenger’s principles to young people and prospective parents, so that they and future generations can benefit from this vital information.

Ed has appeared on radio and television interviews for Price-Pottenger and is active in environmental issues, particularly with the campaign to remove fluoride from public water supplies. He raises organically grown vegetables from square-foot gardens at his home and encourages others to grow as much of their own food as they can, and to support local organic farmers and food producers.

In addition to his duties as Curator, he is the Editor in Chief of the Price-Pottenger Journal of Health and Healing.