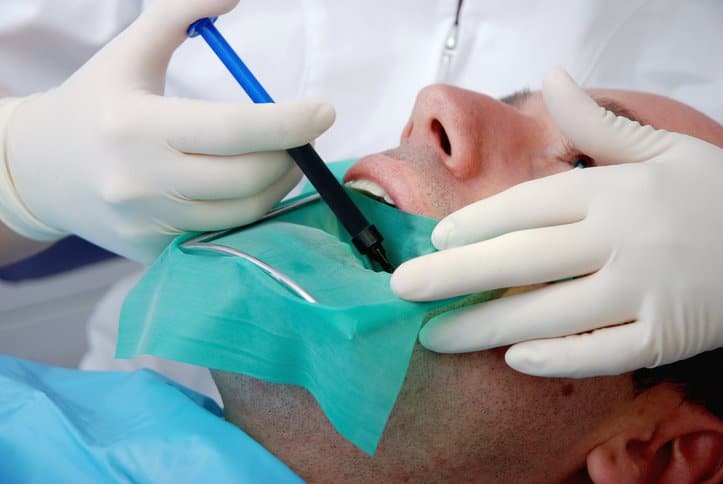 Hal Huggins is known as "the most controversial dentist" for his anti-amalgam (mercury-silver) filling stance, and anti-root canal crusade, via lectures, books, articles and television appearances. Consider him the arch-enemy of the American Dental Association (ADA), an organization whose members administer over 25 million root canals a year. Huggins began practicing dentistry in 1962 and received a post-doctorate masters in immunology/toxicology. Today, Huggins continues to share his knowledge of disease and dentistry, and runs a dental DNA lab, where he continues to make discoveries linking autoimmune diseases to root canals. To date, Huggins has successfully treated (and pioneered many of these treatments) over 5,000 patients with autoimmune disorders, caused by dental toxins.You could say Huggins has come a long way, considering that early in his practice, he modestly acknowledges (in a presentation he gave at Price-Pottenger’s headquarters) that he was “quite good” at doing root canals.

Huggins was introduced to the work of Dr. Weston A. Price, DDS, who, in the early 20th century, was one of the first dentists to make the astute observation that infected teeth from root canals led to chronic disease in many of his patients. Supporters of PETA might be upset to learn how Price researched the reasons behind his observations. He removed teeth which had undergone root canals from patients and sterilized these teeth. After sterilization, fragments of these teeth were inserted under the skin of a live rabbit. Incredibly, the rabbit would develop the same disease as his patient, including arthritis. Although animal lovers might shudder to learn that Price’s studies involved some 60,000 rabbits, (which is why, jokes Huggins, “there are no rabbits left in Ohio,” home state of Dr. Price), keep in mind that in the early 1900s, animal welfare lacked the consciousness and support of contemporary times. However, through his studies, Price and subsequent dentists who studied and advanced his work, such as Huggins, have been able to reverse autoimmune disorders in thousands of patients.

What is a root canal?

In an attempt to save an infected tooth, a dentist will recommend a root canal, perhaps out of noble, but ignorant intentions, or perhaps out of economic incentive, since root canals are the most profitable dental procedure. The pulp chamber (a mini-canyon) in all 32 teeth house blood vessels and nerves. Conventional dental schools teach future dentists that each tooth has one to four major canals. But Dr. Price discovered up to 75 ancillary canals in some teeth, forming an intricate maze similar to how the human body’s large blood vessels trail off into tiny capillaries. On a micro level, the teeth are like the Pentagon, containing a maze of tubules that if stretched out would extend for a mind-boggling three-and-a-half miles. This complex network of tubules is actually located within the teeth. Now that you have a picture of this micro superhighway of dental arteries, ask yourself if a root canal makes sense, whereby a dentist drills into the pulp chamber and “sterilizes” (at least that’s what the dentist thinks is happening, says Huggins) the canal with chemicals. Where the nerves and blood supply once were, the dentist fills in with a wax, which is dipped with a lubricating agent and heated. This mixture can have a toxic effect because it contains the poison chloroform which Huggins has observed can easily vaporize when heated. The dentist performing the root canal then jams the wax into the end of the removed nerve canal. Huggins refers to this procedure as a “violation of physics.” Even though the chloroform is heated, the wax cools and shrinks. This, says Huggins, results in “bacterial heaven.”

Huggins deftly explains that any type of antibiotic (including those natural pathogen-fighters found in our body), and white blood cells (also microscopic pathogen fighters) cannot get into the sealed-off canal, but food and germs can, leading to a horror-show of surviving and mutating bacteria. Normal, harmless bacteria do an about face, akin to Dr. Jekyll morphing into Mr. Hyde, turning nefarious due to oxygen deprivation around the deadened nerve canals. These bacteria are anaerobic, so although they are encapsulated by a dead tooth they are able to reproduce easily. Bacteria, such as forms of streptococcus, duplicate in the canal and double every 24 hours. One cell of strep mutates into one billion in just one day. These anaerobic bacteria can eventually lead to chronic disease.

Dr. Huggins, towards the end of the first part of his presentation, explains that a painful tooth signifies that the immune system is doing its job, trying to fight unwelcome bacteria; if the pain goes away, it’s quite possible, Huggins warns, that the bacteria may have migrated, perhaps to the heart, possibly leading to heart disease or a heart attack. Huggins strongly suggests that Crohn's Disease, ALS, Alzheimer’s and other chronic and autoimmune diseases are relative newcomers, appearing shortly after heavy metals first became administered in dental practices, such as the use of amalgam (mercury and copper) fillings. Answer this: how many medical procedures leaves deadened tissue in the body? The answer: one…root canals. It’s no wonder that many people who have received a root canal have their immune systems go hay wire.