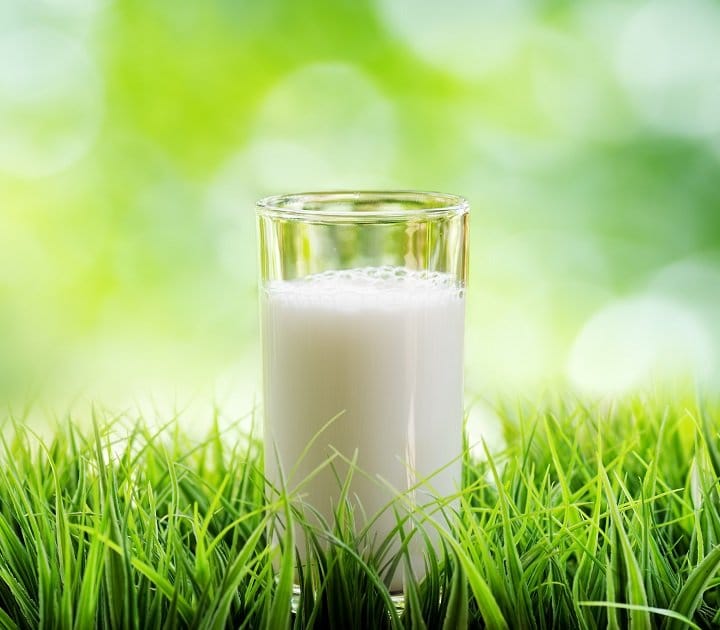 “Milk does the body good.” Remember this popular advertising tagline from the American Dairy Council from a couple decades ago? Truth in advertising is often a slippery slope, and nowhere is this more apparent than in food marketing. Yes, milk can do the body good, but only if it has the same beneficial bacteria and other nutrients that you likely drank when you were breast-fed as an infant. In other words, milk does the body good–if it’s raw (unpasteurized).

Mark McAfee, the CEO of Organic Pastures (organicpastures.com), one of the largest organic, raw dairy producers, is pre-med trained, an educator for various health departments, and has lectured at Stanford Medical School, Rutgers and several other institutions. He educates farmers, consumers, legislators and government officials about the safety and nutritional benefits of raw dairy products. McAfee recently spoke at Price-Pottenger Nutrition Foundation’s San Diego headquarters about the health benefits of raw milk and the politics behind its production. The 90-minute lecture is the latest lecture in PPNF’s educational videos. Access it here on YouTube. Read on to learn some of McAfee’s key points and why YOU should drink raw milk in your pursuit of optimal health!

Raw dairy is a controversial subject, often caught up in the political machinations of Washington, D.C., pitting the likes of McAfee and other raw dairy producers and raw milk consumers against  conventional dairy (read: pasteurized) lobbyists and regulators from the Food & Drug Administration (FDA) and officials from the Centers for Disease Control (CDC). Currently, only eight states in the U.S. allow the sale of raw milk. Even in the states that allow the sale of it, however, sheriff’s deputies and SWAT teams have raided purveyors of raw milk at gun-point, such as the raid at Amish farm, Rainbow Acres in Pennsylvania or Rawsome food co-op in Los Angeles, both in 2011. There have been dozens of other raids coordinated at the behest of the FDA, with agents sweeping in as if these farmer’s market merchants were selling weapon’s grade uranium or anthrax.

On the FDA's website, it states that 1500 people from 1993 to 2006 became sick as a result of raw milk. That comes out to 115 people a year during that time frame. Interestingly, according the Nutrition Institute of America  there are over 783,000 deaths a year from medicine, yet medicine does not inspire the same reaction in the FDA. According to McAfee, nobody in the U.S., in the modern era, has died from drinking raw milk.

Raw milk offers beneficial enzymes and healthy bacteria. It’s a natural, whole, real food, contrary to the irradiated, sterilized, boxed and preserved foods common in the American diet. Although the FDA prohibits McAfee’s Organic Pastures dairy from posting any testimonials on its website, plenty of testimonials about raw milk exist on websites such as the Raw Milk Institute documenting how people have turned their health around from consuming raw milk. See the testimonials section of the Raw Milk Institute website (rawmilk.org).

Why is raw milk so beneficial?

It’s only been in the last decade that researchers are discovering the mind-boggling intricacies of the immune system. And what is the immune system? It’s the billions of bacteria in the gut. We now know that approximately 80 percent of our immune system is located in the gut. It is very difficult to maintain optimal health when the gut is not properly populated with good bacteria. McAfee, in his lecture at PPNF discusses how researchers recently learned that bacteria seems to act democratically, that is, majority rules. If there’s a prevalence of healthy bacteria, the bacteria will “decide” to fight against harmful pathogens. It’s only when we colonize our guts with enough beneficial bacteria that our immune system activates, acting like a benevolent army, protecting us from foreign invaders.

Raw milk, since it is unpasteurized, contains a diverse portfolio of beneficial bacteria. It’s important to consume raw milk from healthy cows, eating the grass that nature intended. Why? Eating grains and other unnatural foods causes the milk from cows to be nutritionally deficient in the vitamins and minerals needed to sustain life. A cow consuming grains is deficient in nutrients and will produce a nutritionally deficient milk. Furthermore, cows eating grains are loaded with antibiotics as they are usually kept in confined animal feeding operations (CAFOs) and are not obtaining the nutrition they need from their food to keep healthy. Ideally, your dairy (and beef) consumption will come from cows that are 100% grass fed.

The Swiss in the Loetschental Valley, whom Dr. Price observed to be in almost perfect health consumed cow’s milk and goat’s milk and particularly prized the milk produced during the summer months when their cows consumed nutrient-dense green grass. Dr. Price observed that in cultures where skimmed, pasteurized milk was primarily consumed, along with other “foods of commerce,” dental caries were rampant and poor health the norm. Dr. Price was able to treat a boy suffering from convulsions and bone fractures which would not heal until he gave him a diet that included raw, whole milk.

Dr. Price treated another boy suffering from rheumatoid arthritis, rheumatic fever and heart issues with the same type of diet. Price, in his travels observing the traditional diets of various peoples, and in his treatment of nutritionally-deficient children, observed that whole, raw milk, in its original form as nature intended, allowed consumers to reap the benefits of good health. Raw, whole milk in its original form is a living food. Not only does it contain life-giving fat soluble nutrients such as Vitamins A, D and calcium, but it contains the good bacteria and enzymes (which are killed when milk is pasteurized), that allow the body to absorb these vitamins and minerals. Think of the beneficial bacteria and enzymes as the co-factors to the fat-soluble nutrients in whole milk from properly-raised cows. The gut needs to be populated with those good bacteria in order to ensure optimal absorption of the nutrients and the enzymes that are essential to the proper digestion of the milk.

More caveat emptor when it comes to food marketing: McAfee cautions that some dairy products labeled “raw” are not really raw. An unscrupulous dairy producer can take dirty, improperly produced milk, cook it at 160-degrees (which is within the conventional ‘raw’ limits, though well above the actual raw threshold of approximately 104 degrees), killing the beneficial bacteria and subsequently adding cultures, producing so-called ‘raw cheese.’

There’s a misconception that certain races, specifically African-Americans and Asians, are lactose intolerant, meaning these groups lack the enzyme, lactase, that breaks down milk sugar, lactose. In reality, these groups, and the majority of the 30 percent of the U.S. lactose-intolerant population, are pasteurization-intolerant, not lactose-intolerant. Pasteurized milk is one of the most allergenic foods. Raw milk, according to McAfee, stabilizes cells and prevents allergies from forming; pasteurized milk kills bacteria at high heat and triggers, in McAfee’s words, an intracellular mass cell degradation, which leads to allergies and their unpleasant symptoms such as phlegm and mucous. The destruction of the cells creates a foodstuff, which is not recognized by the body, hence the lactose intolerance and/or allergies and/or autoimmune disorders. In other words, pasteurized milk creates unpleasant immune responses to dead bacteria. If you’d like to learn more about the latest raw milk news and its standing with federal health officials as well as the latest research on immunology and raw milk’s role in boosting immunity, watch McAfee’s lecture.