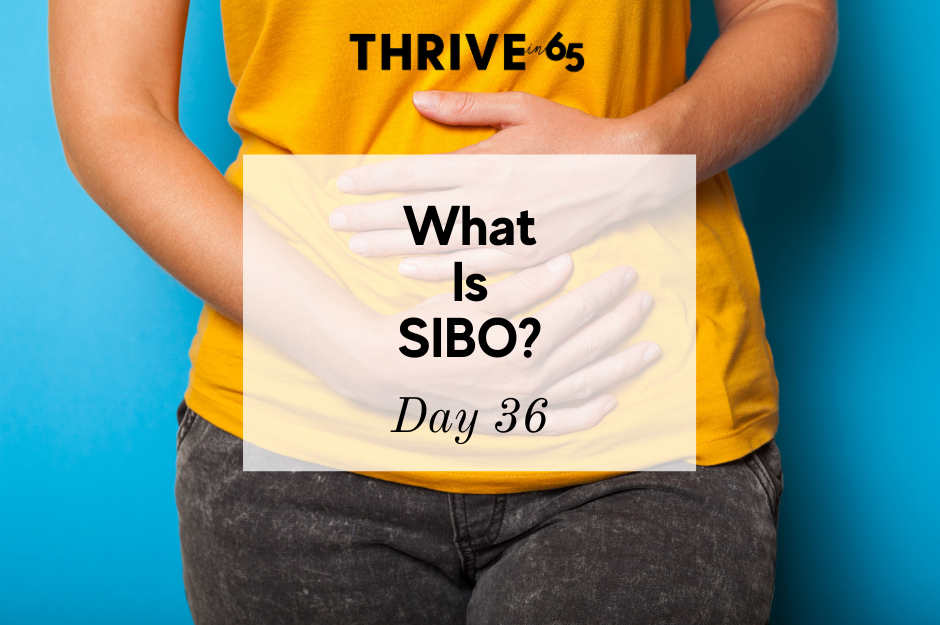 SIBO stands for small intestinal bacterial overgrowth. It is a digestive condition that causes symptoms like bloating and intestinal pain. It can also be referred to as dysbiosis because it is caused by bacteria that should stay in the large intestine migrating to the small intestine.

In the digestive tract, food is broken down and absorbed mostly in the small intestine. By the time food gets to the large intestine, most digestion is complete and some absorption of water, minerals, and other nutrients is all that’s left to be done. Fiber that you have eaten also remains and nourishes the good bacteria that live in the microbiome.

You can have too much of a good thing, especially if it exists where it does not belong. Even good bacteria that proliferate excessively in the small intestine can result in painful health consequences.

SIBO has still not been widely studied and is not well understood.

Common symptoms of SIBO include:

Because these symptoms can overlap with many other digestive or chronic disorders, it is not always easy to identify the underlying cause.

SIBO can be caused by many different things or a combination of factors, including:

There is no data expressing how many people are known to have SIBO or are affected by it. Doctors do have effective ways to diagnose it, typically involving a breath test that checks for the presence of methane and hydrogen. Blood or stool tests may also be run to confirm a suspected SIBO diagnosis.

How to Naturally Address SIBO

While SIBO is a digestive disorder, if left untreated for a long time, it can lead to more serious health problems. Because SIBO interferes with proper digestion and absorption of nutrients, long-term complications can include deficiencies and the development of chronic disorders relating to poor nutrient levels. It can also influence how the immune and nervous systems function since nutrients that may be impacted include vitamin D and all B vitamins.

SIBO can also lead to damage of the lining of the small intestine and can even be associated with IBS (irritable bowel syndrome). It can harm bone health over time, as the nutrients needed for maintaining healthy bone density must be absorbed through healthy digestive function. Poor bone density and osteoporosis are often associated with conditions that impact gut integrity, like Celiac disease, IBS, IBD, leaky gut, and SIBO.

So you can see the importance of treating SIBO. Conventional medical treatment relies on antibiotics to reduce bacterial overgrowth. In some cases, antimicrobial herbs and supplements may be as effective at removing the bad bacteria from the small intestine, but each case is individualized based on how the person responds. Working with a trusted healthcare provider should be a SIBO patient’s top priority to ensure a care plan that takes their full spectrum of health into consideration.

Some of the antimicrobial herbs that have been successful at treating SIBO include yarrow, stinging nettle, pau d’arco, stemona, dill, olive leaf, and wormwood.

Certain diets are also essential ways to treat SIBO and maintain health. Foods that feed the invasive bacteria should be reduced to help facilitate the small intestine’s return to health. Common dietary protocols for SIBO include the Low FODMAP diet or an AIP diet that modifies what types of starch are allowed (no onions or garlic, for example, since they can lead to bloating and fermentation in the small intestine). Working with a nutrition professional to determine which foods are supportive of a SIBO therapeutic diet plan is the best way to make sure you’re eating for health. 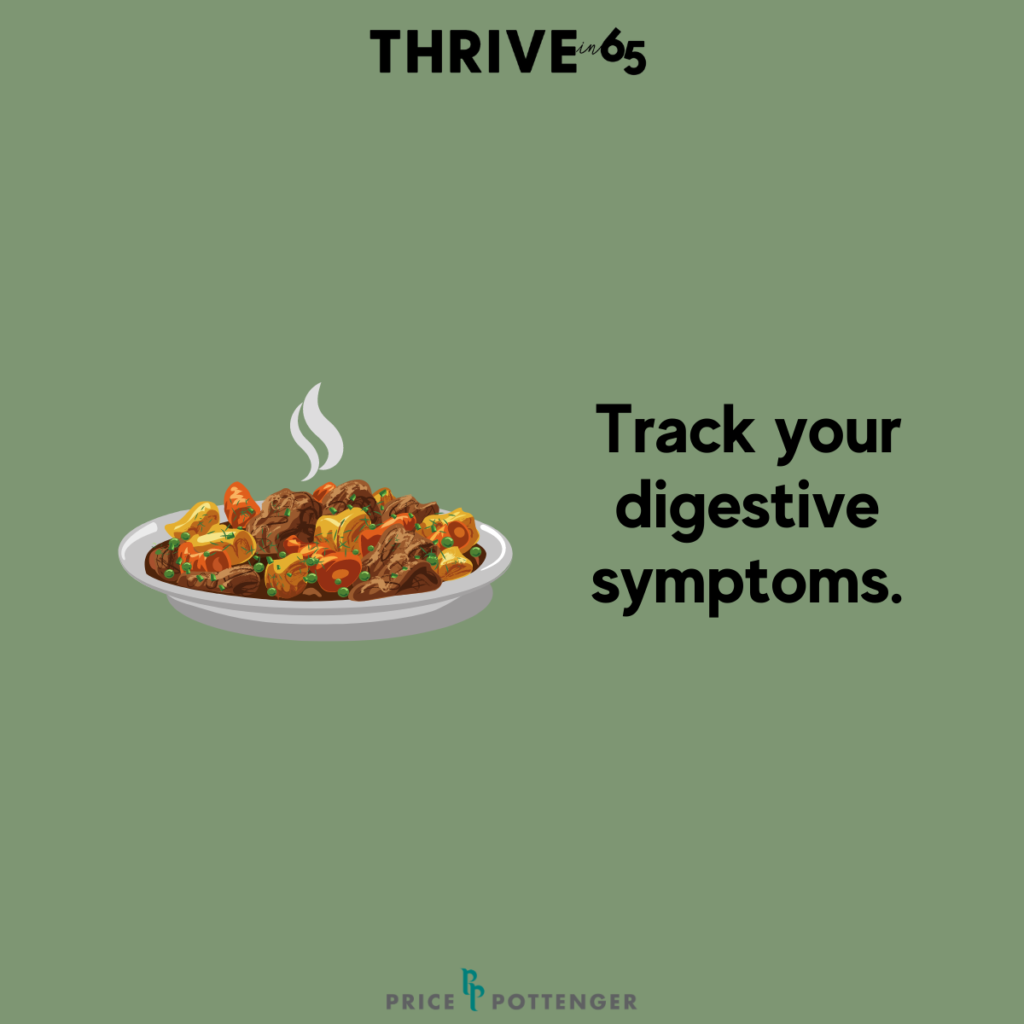 We’ve talked a lot about keeping track of what you eat and how it makes you feel during this Thrive in 65 series. That’s because the way that food makes you feel can often be a primary way to determine if something needs to change with your diet. 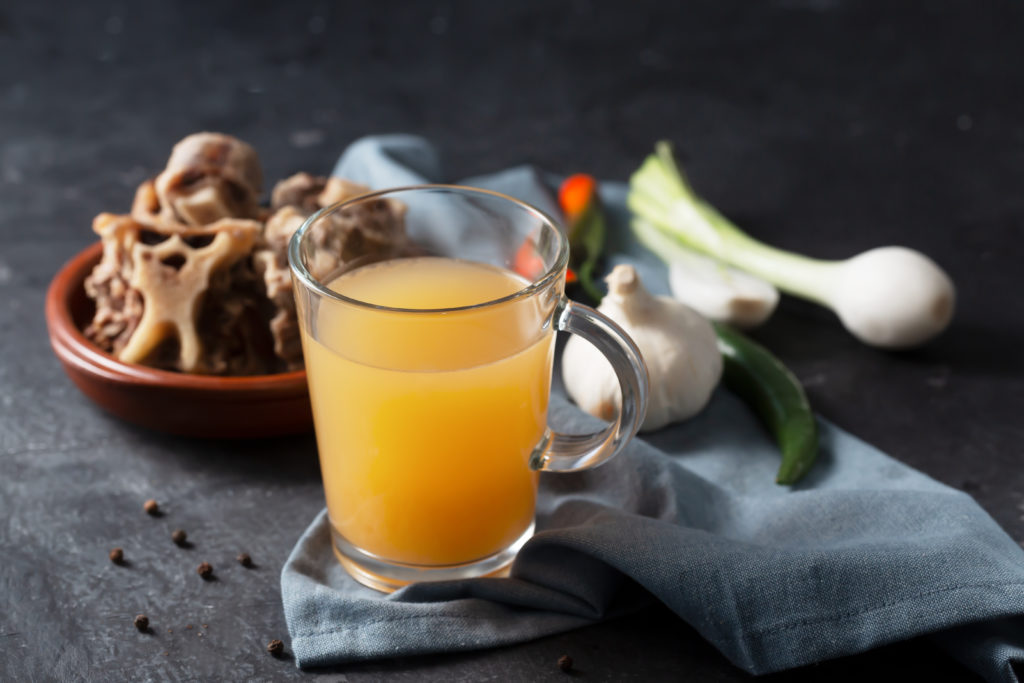 For today, we return to the simplicity of Beef Bone Stock. Bone broth is a food that, as we’ve discussed before, supports healthy digestion and especially in the case of SIBO and other digestive disorders, provides nutrients that promote the healing of the digestive lining. Whether you have a known digestive problem or not, making bone broth a regular part of your health routine can be an important part of maintaining wellness.