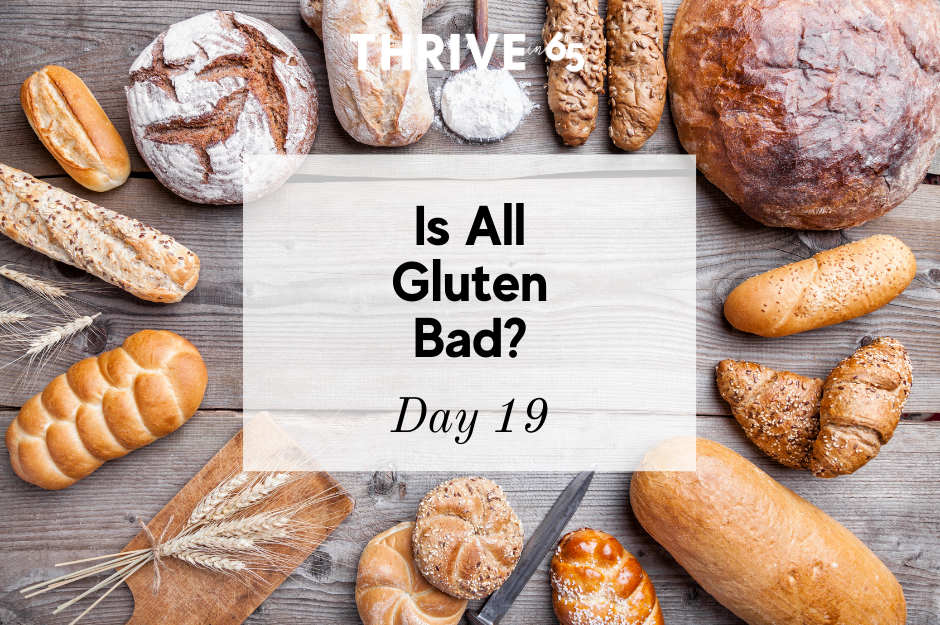 Gluten has been a hot topic in the nutrition world for a while—but is it really as bad as people say it is? If you don’t have Celiac disease, should you still go gluten-free?

The Problems with Wheat & Gluten

Wheat is a grain and gluten is one of the proteins that it contains. Wheat is also, in many cases, refined or processed. Between the glucose-spiking carbohydrates and the gut-irritating proteins found in wheat, it can be a problematic food even for people who are not allergic to gluten or who do not have Celiac disease.

Celiac disease is an autoimmune disorder where the small intestine is damaged when gluten proteins are present. The primary treatment for Celiac disease is a strictly gluten-free diet. Non-Celiac gluten sensitivity is another form of sensitivity to gluten, sometimes referred to as gluten intolerance. This type of reaction isn’t autoimmune in nature, but still involves an immune response to the presence of gluten or other proteins found in wheat.

One of the biggest problems with wheat, especially modern wheat that has been genetically modified, is that it can lead to inflammation in the gut. Even for people with no type of sensitivity or allergy, this inflammation can cause gut damage known as leaky gut. When the gut’s barrier function doesn’t work as it should, particles can enter the bloodstream that would otherwise be filtered out. This can lead to an increased risk of autoimmune disorders and other inflammatory conditions.

Inflammation and allergies aside, most modern wheat is not organic and is genetically engineered, treated heavily with pesticides. Grains in general also contain antinutrients that can be hard to digest, irritate the gut, and lead to mineral absorption problems.

Your diet should not rely heavily on grains of any kind—even those that are gluten-free. While gluten-free diets are often dismissed as a fad, ultimately gluten offers no nutritional benefits that can’t be obtained from gluten-free grains as a moderate part of the diet. Overall, the risks of gluten consumption outweigh the potential benefits.

If you are going to consume wheat, make sure that it is not genetically modified and that it’s an ancient, organic version, like spelt.

How to Go Gluten-Free

If you do not have Celiac disease or other sensitivity to gluten, you do not have to be strictly gluten-free. You can reduce your consumption and gradually phase it out of your diet. The important thing is that you don’t simply swap all of your gluten products with gluten-free versions. Just because something is labeled gluten-free does not make it healthy. Gluten-free cookies, bread, cakes, and muffins can be packed with sugar and other processed ingredients, not to mention the same antinutrients that wheat has.

Ultimately, the best choice is to minimize grains in your diet. When you do eat them, make sure they’re organic and sprouted or soaked, to minimize the negative digestive effects. 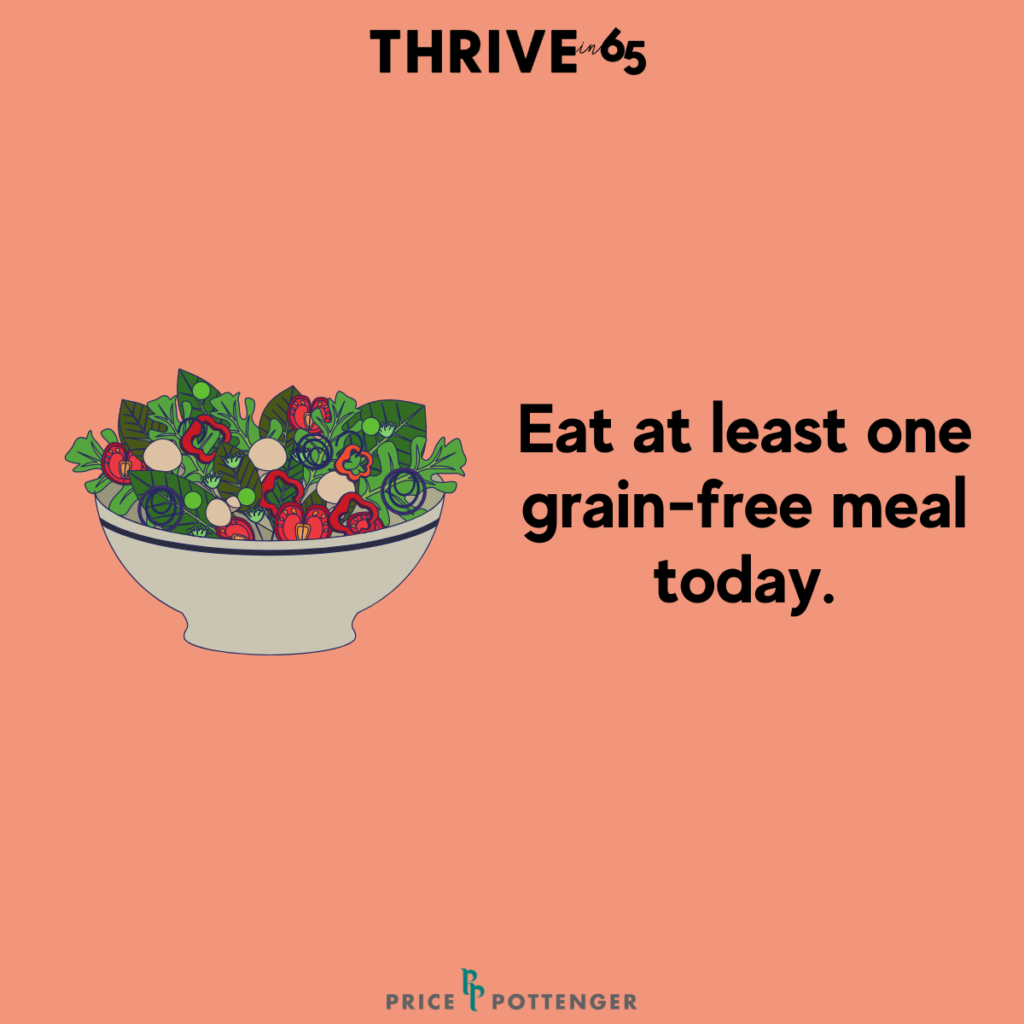 While some grains can be beneficial, especially when they are sprouted, eating grains with every meal or as one of your biggest dietary staples is imbalanced from an ancestral perspective. Work your way toward having at least a few grain-free meals every week. If you have digestive problems, metabolic disorders, or other health conditions, a grain-free lifestyle (not just gluten-free) might be best for you. 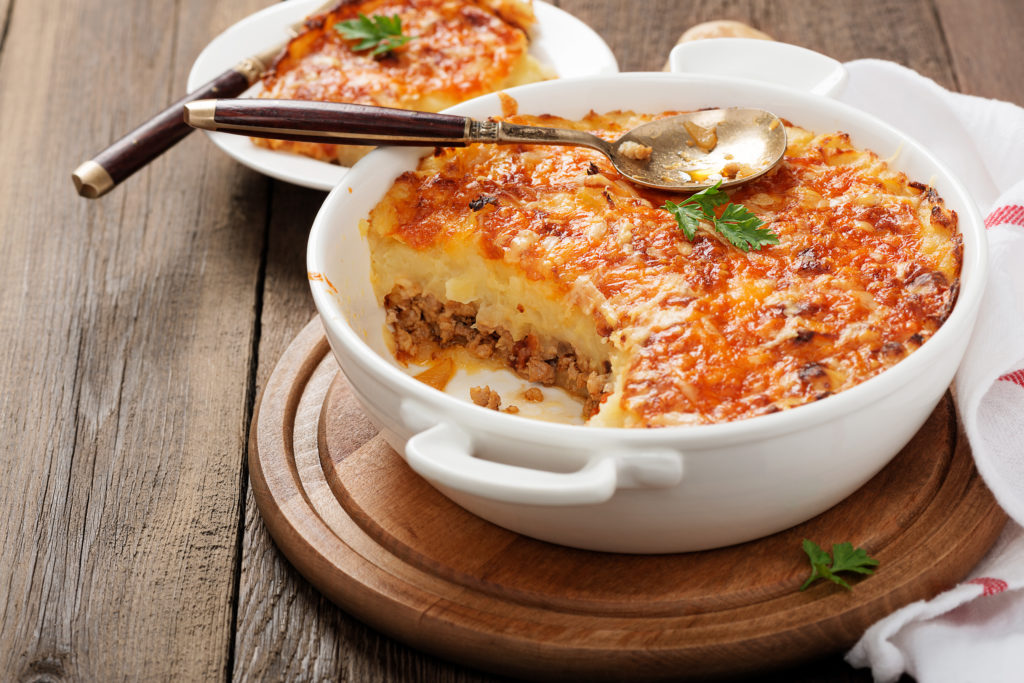 Shepherd’s Pie with Cauliflower Crust is a great example of a gluten-free and grain-free meal that is filling and delicious. No one would even miss the presence of grains in this dish. Plus, it’s an excellent way to add healthy organ meats to your diet.

Thrive in 65 is a free daily nutrition series.