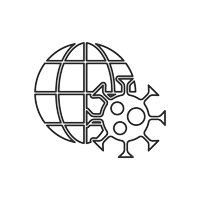 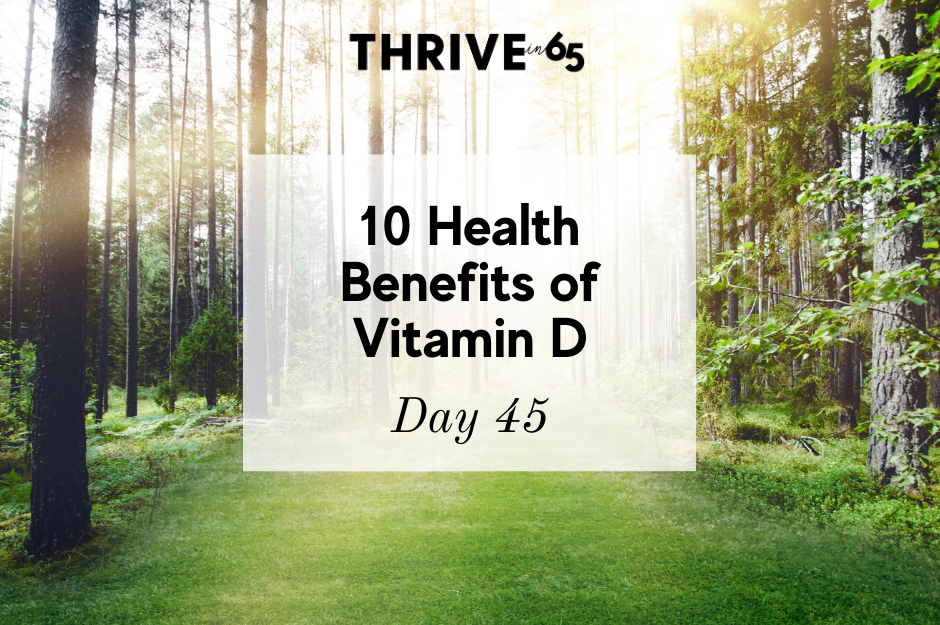 Vitamin D is a fat-soluble nutrient that stands out from other vitamins in two major ways: it has hormone-like properties and can be synthesized in the body. Vitamin D is found in some foods but can rarely be obtained in optimal amounts from diet alone. It is an important nutrient for bone health, immunity, and cognition.

What is Vitamin D?

Vitamin D is an essential nutrient. Even though the body can synthesize its own, this can only be done when there is adequate UV exposure. In order for the body to use cholesterol to make vitamin D, the UV index must be 3 or higher, which only happens year-round near the equator. For the northern hemisphere, there is typically only enough direct sunlight available from May to early September if you live north of Mexico, although southern US states may have a slightly longer period for vitamin D production.

Both can be used to raise the body’s vitamin D stores from food and supplement sources. Vitamin D3 is typically found in animal food sources and vitamin D2 is found in plant-based food sources. Both are used in supplement forms.

There are only a handful of dietary sources of vitamin D. Foods that contain vitamin D include:

Vitamin D supplements can come in both D2 and D3 forms. Both can be absorbed equally in the gut, but D3 helps to increase and maintain serum levels best, so practitioners tend to prefer it.

Most people are not deficient in vitamin D, although the levels used to determine true deficiency versus inadequacy are a point of argument among many practitioners, researchers, and experts. It is also widely debated what the optimal serum level of vitamin D actually is.

The National Academy of Medicine in the US recommends a minimum level of 20 ng/mL for sufficiency, but the Endocrine Society says that at least 31 ng/mL is required for sufficiency. Neither of these accounts for optimal levels. The accepted reference range for vitamin D lab tests is 20-80 ng/mL, with many practitioners desiring that patients land somewhere in the middle of the range. In some people, negative effects have been noted from serum levels that are higher than 60 ng/mL, but true toxicity or associated complications (like hypercalcemia) do not typically occur until serum levels exceed 125 or 150 ng/mL. Most practitioners have their own optimal vitamin D level for patients that are determined by health conditions and other factors.

Because so many biological and physiological factors affect vitamin D synthesis and absorption, there is no set dosage to ensure an optimal level of vitamin D is reached. The supplementation approach must be individualized for patients based on known health concerns, serum levels, and other clinician-determined factors.

People who may be at increased risk for low vitamin D levels or whose health may require higher serum levels include:

Vitamin D stores—from sunshine, dietary, and supplement sources—can vary significantly among people based on genetic, environmental, and lifestyle factors. Vitamin D receptors in the gut play a major role in how much vitamin D is available for use. People who have darker skin pigmentation may synthesize vitamin D more slowly in response to sun exposure. Using sunscreen can prevent the synthesis of vitamin D—although this does not mean that sunscreen should be avoided at all times. It typically takes 15-30 minutes of sun exposure to produce vitamin D, after which sunscreen may be applied to prevent sunburn and to protect against skin cancer.

Vitamin D receptor activity can vary widely among people. Even for people with suspected low vitamin D receptor activity, this does not mean that more vitamin D supplementation is always better. Vitamin D status should always be obtained by testing serum levels of Vitamin D3 25-Hydroxyvitamin D. As a fat-soluble nutrient, it has toxicity risks, although many practitioners agree that the current recommended intakes are too low to achieve optimal vitamin D levels.

The supplemental dose required to achieve your optimal vitamin D level could vary widely from someone else’s. After having your vitamin D tested, consult a practitioner for evidence-based dosage recommendations. If this is not an option, staying within the tolerable upper limit for adults, which is 4,000 IU or 100 mcg per day, offers higher intake with reduced risks for unintended toxicity.

(PPNF Note: When available, nutrition counseling is the best way to determine the supplements that are right for you. We understand that it is not always affordable or accessible. When taking supplements, follow recommended product guidelines unless a practitioner directs you otherwise.) 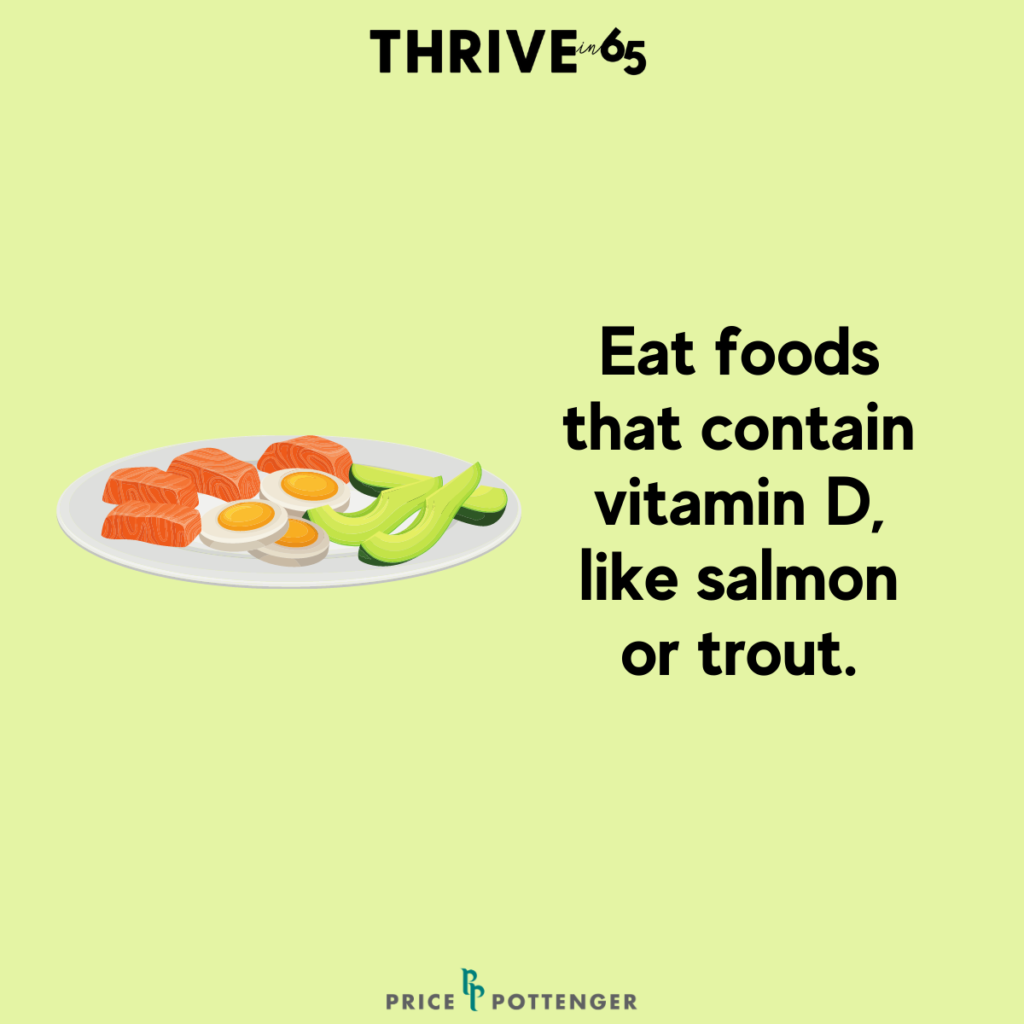 Unless you live at or near the equator, you can’t get vitamin D from the sun during the winter, early spring, or most of autumn. While food sources of vitamin D are not plentiful, you can still get some from dietary intake. 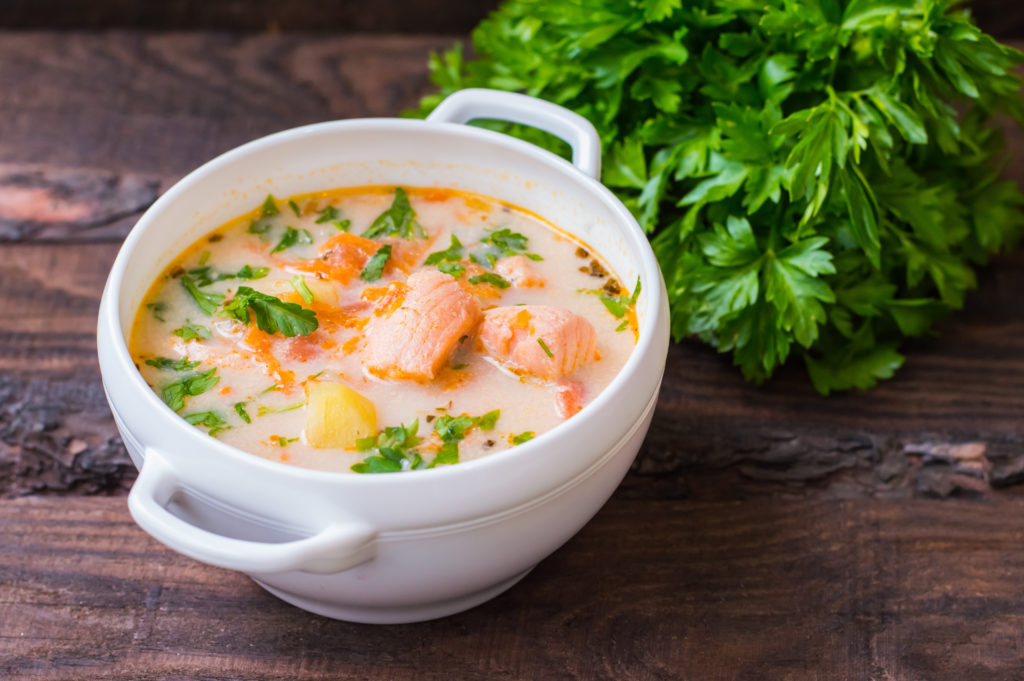 This Smoked Salmon Chowder is a creamy dish that’s perfect for the end of winter. It brings the comforting warmth of soup with the breezy promise of warmer months to come. It’s also one of the best dietary sources of vitamin D.