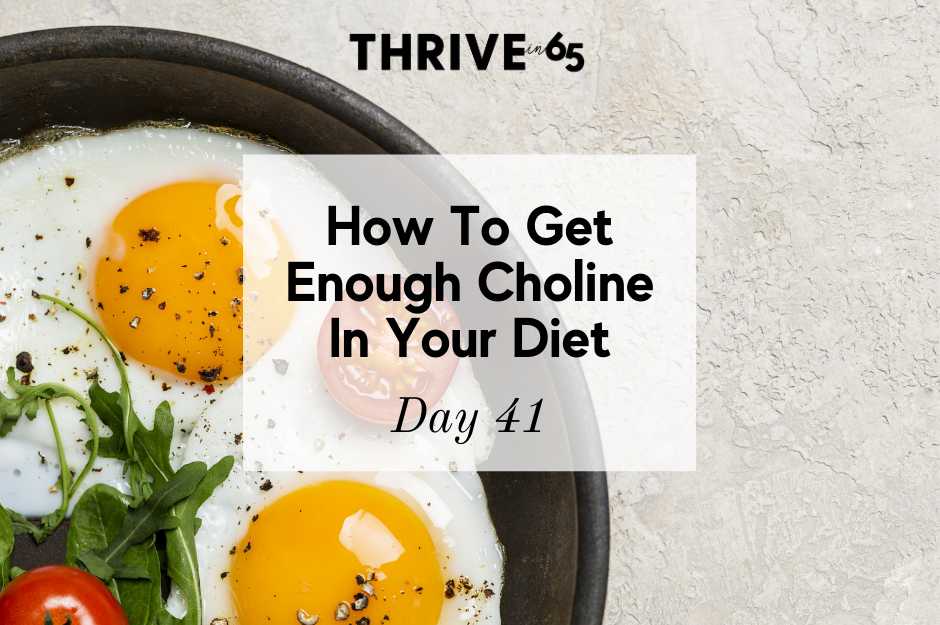 Choline is an essential nutrient that has benefits for cognitive health and liver wellness. It is often considered to be part of the B vitamin family since it has many similar properties.

Choline is a molecule that can be either water-soluble or fat-soluble depending on the source it is derived from. Choline is found in high amounts in egg yolks. It is also found in other foods in lesser amounts and can be obtained through supplements.

Choline has many important health benefits. It gets converted within the body into acetylcholine, a neurotransmitter associated with cognitive health and learning ability. It also helps to reduce unhealthy fat stores in the liver.

Choline is sometimes confused with phosphatidylcholine (choline attached to a lipid particle), but they are not the same thing. The body can make some of its own choline in the liver (as phosphatidylcholine), but not enough to supply adequate amounts. Choline is, therefore, an essential nutrient that must come from dietary sources.

Diets that are too low in folate increase the body’s need for choline since both serve as important methyl donors. Ideally, a diet will contain optimal amounts of both folate and choline.

The body can store some level of choline, but not enough to erase the need for regular dietary intake. When choline is eaten, some is absorbed and sent to the liver for storage, while the rest is sent to tissues and organs, including the brain. During pregnancy, it is also sent to the placenta.

Choline is widely found in animal foods as well as some plant-based foods. Foods that are rich in choline tend to overlap with those that contain either B12 or folate.

High dietary sources of choline include:

Most people in the US do not get optimal or adequate choline from their diets, and supplements contribute even less. However, even though many do not consume an adequate amount, being truly deficient in choline is rare since the body can make it in small amounts. Black males seem to be most at risk for consuming too little choline.

Others who are at risk of not having enough choline to support optimal health include:

It is difficult to overconsume choline unless supplements are taken in very excessive amounts.

Choline is often found in multivitamin supplements or B complex varieties. It is sometimes, but less commonly, found as a standalone supplement. Some supplements contain the phosphatidylcholine form.

(PPNF Note: When available, nutrition counseling is the best way to determine the supplements that are right for you. We understand that it is not always affordable or accessible. Supplements can be potent and have the potential for negative effects when used incorrectly. Use them with caution and follow recommended product use guidelines unless a practitioner directs you otherwise.) 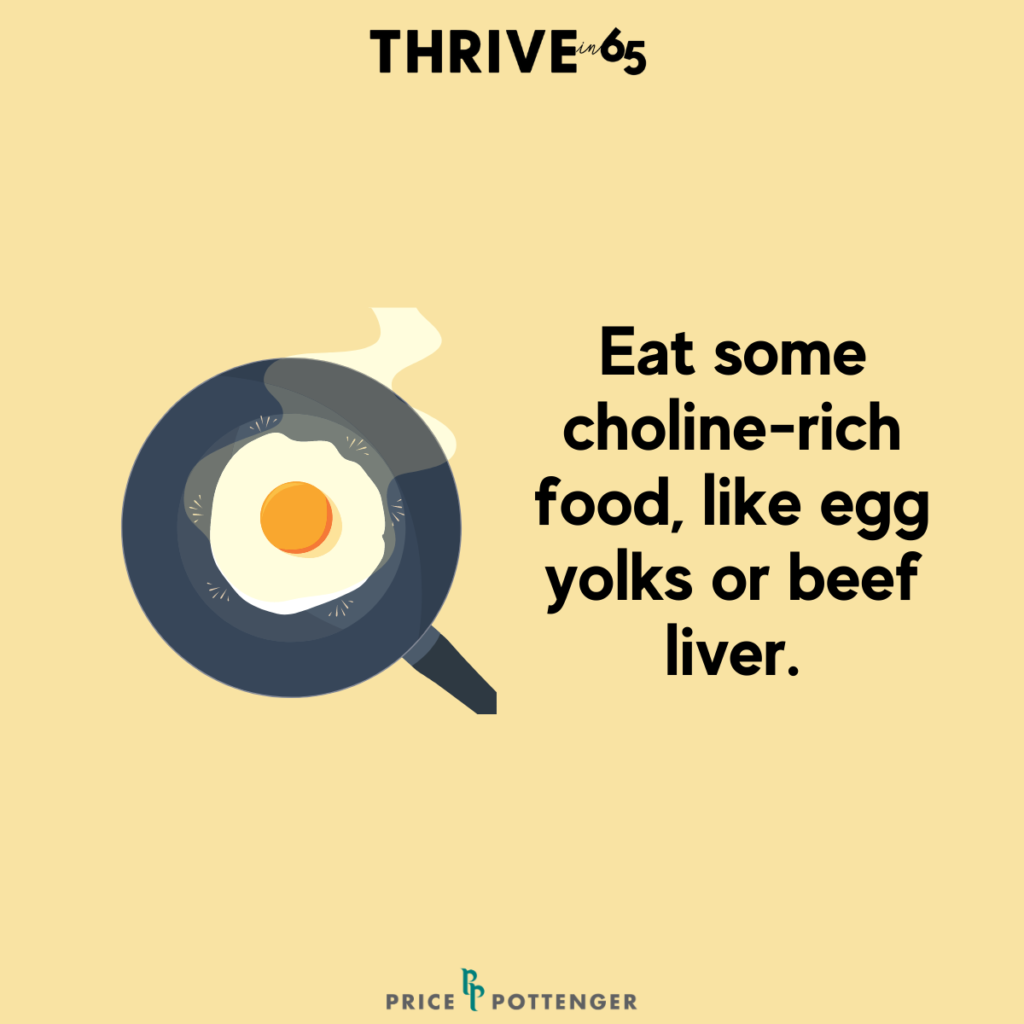 If you already routinely eat foods from the choline-rich list, then that’s great! Continue to focus on eating a well-balanced diet. When you eat a variety of animal products and vegetables, you’re most likely taking in an adequate amount of choline and other important B vitamins. 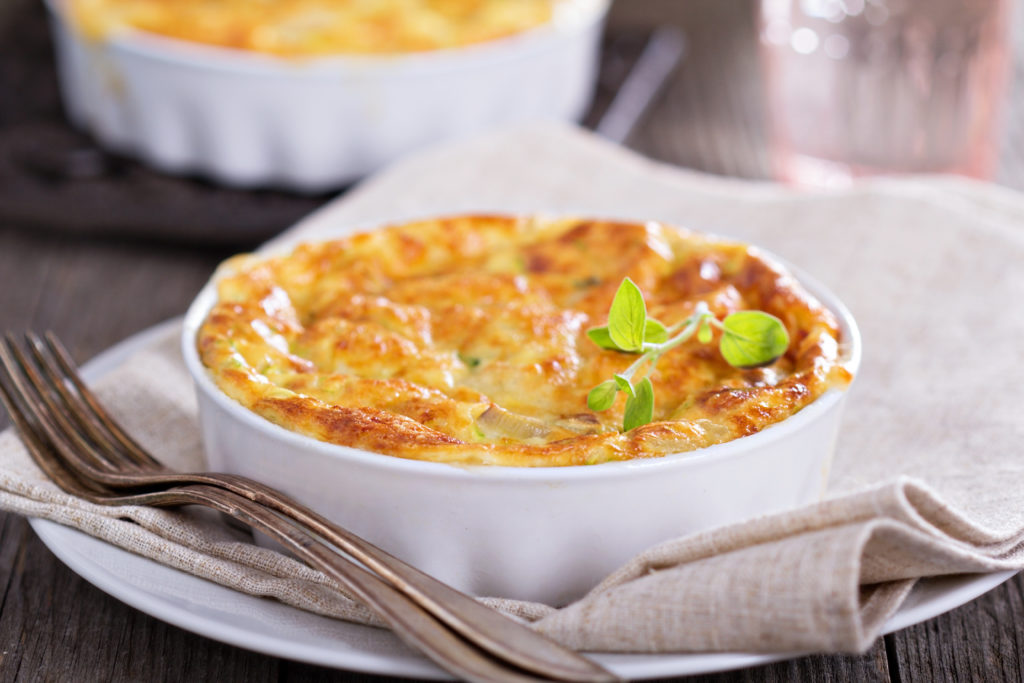 These Cauliflower Baked Eggs are an easy way to get dietary choline. They also make a quick, nutrient-dense meal that is perfect for any time of day. If you don’t have cauliflower or leeks, you can sub in other vegetables that you have on hand.