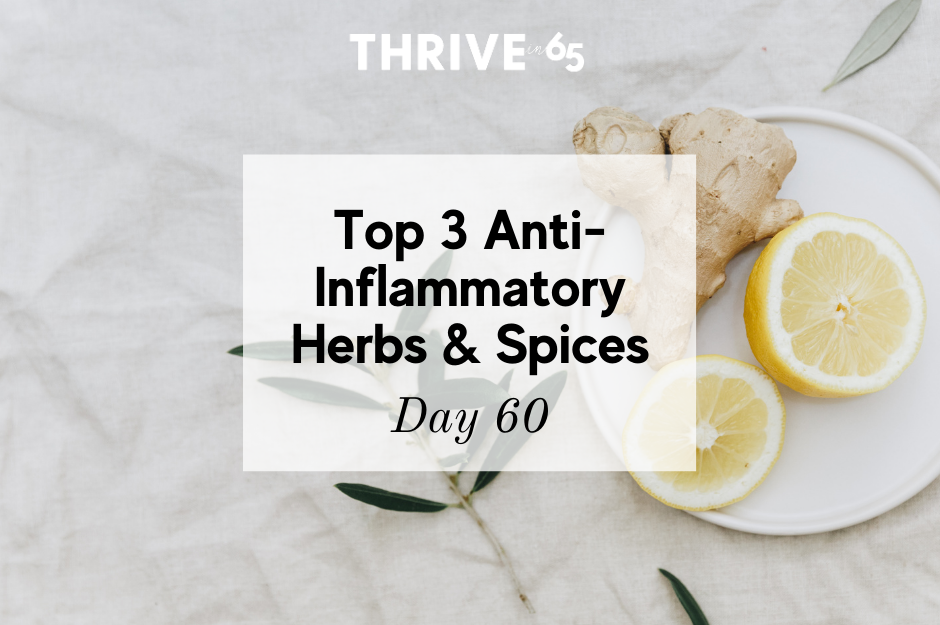 Inflammation is one of the most common problems that lead to disorders and disease. While inflammation is meant to be the body’s way of repairing and healing, when it becomes chronic, it can lead to tissue damage, pain, gut problems, and numerous other health conditions. Herbs and spices have been used for thousands of years to treat inflammation and to provide relief.

What Are Anti-Inflammatory Herbs?

While diet plays a major role in a person’s inflammatory load, sometimes there are conditions in the body that need additional support. Herbs and spices can serve as natural medicine and help to promote normal inflammation levels in the body.

Inflammation can be triggered by the body’s attempts to address things that it perceives as harmful. Inflammation can occur in response to injury, an illness or infection, and even because of toxic exposures. The cells are always driven to repair themselves and inflammation is the first response. Chemicals get released to activate the immune system, which then produces antibodies and proteins, to ensure that the body has what it needs to fix the problem. Increased blood flow is also common, which is why redness or swelling can sometimes initially occur.

In an acute case of inflammation, the typical healing process can take place over a few hours or days. When inflammatory processes become chronic, cell and tissue damage can occur, and the immune system can go from protective to destructive (as is the case with autoimmune disease).

Anti-inflammatory herbs have natural properties that help to reduce inflammatory reactions in the body. While they may all work in slightly different ways, they are able to decrease chronic inflammation and may even work for acute forms too, such as in the case of short-term viral infections.

There are a large number of anti-inflammatory herbs, many with overlapping benefits. These are some of the most commonly used in natural medicine for addressing chronic inflammatory conditions. We’ll discuss their benefits individually.

A spice that is in the same family as turmeric, ginger has a warm and spicy flavor that is commonly used in cooking. It can also be used as an herbal supplement, with a significant amount of research supporting its anti-inflammatory benefits. Ginger can reduce overall inflammatory markers and specifically can help to reduce swelling and pain associated with osteoarthritis, menstrual pain, and other chronic inflammatory conditions.

Ginger also has antioxidant benefits and has been shown to be supportive of male fertility and overall antioxidant status. It is also beneficial for reducing nausea in pregnancy and seasickness.

Ginger can be used as a spice or a tea and may also be taken as a liquid extract or in capsule form. Dosages can vary widely depending on the product and purpose, but most research looks at doses ranging from 1 to 3 grams per day.

Another anti-inflammatory spice, cardamom has a sweeter flavor than ginger that is often paired together with it. Cardamom has anti-inflammatory properties that may help to reduce markers like C-reactive protein and proinflammatory cytokines. These are commonly elevated in conditions like heart disease, viral infections, and even cancer.

Cinnamon is a warm and spicy herb. It is common in baked goods and has been used for thousands of years in natural medicine. Cinnamon is extracted from the barks of trees and there are two main types: Ceylon and Cassia. Both have been studied and have similar overall benefits. Cassia tends to be more widely available, while Ceylon is often more expensive.

Cinnamon doesn’t just taste great—it actively works to reduce inflammatory markers in the body. Specifically, it reduces C-reactive protein and other markers associated with cardiovascular health. It also has antioxidant activity and has been used for conditions like diabetes, rheumatoid arthritis, and non-alcoholic fatty liver disease.

Cinnamon has additional benefits for diabetes. While it reduces inflammation, it also can slow the rate of glucose metabolism and may help to reduce blood sugar levels.

Too much cinnamon can be toxic, especially if it is the Cassia variety. An intake of up to 1 teaspoon of cinnamon daily is generally considered to be safe. Follow the recommendations on supplements and always consult your practitioner for advice. Cinnamon should not be therapeutically taken during pregnancy, but culinary use is fine.

Turmeric is another common anti-inflammatory supplement. Read more about turmeric and curcumin in this post. 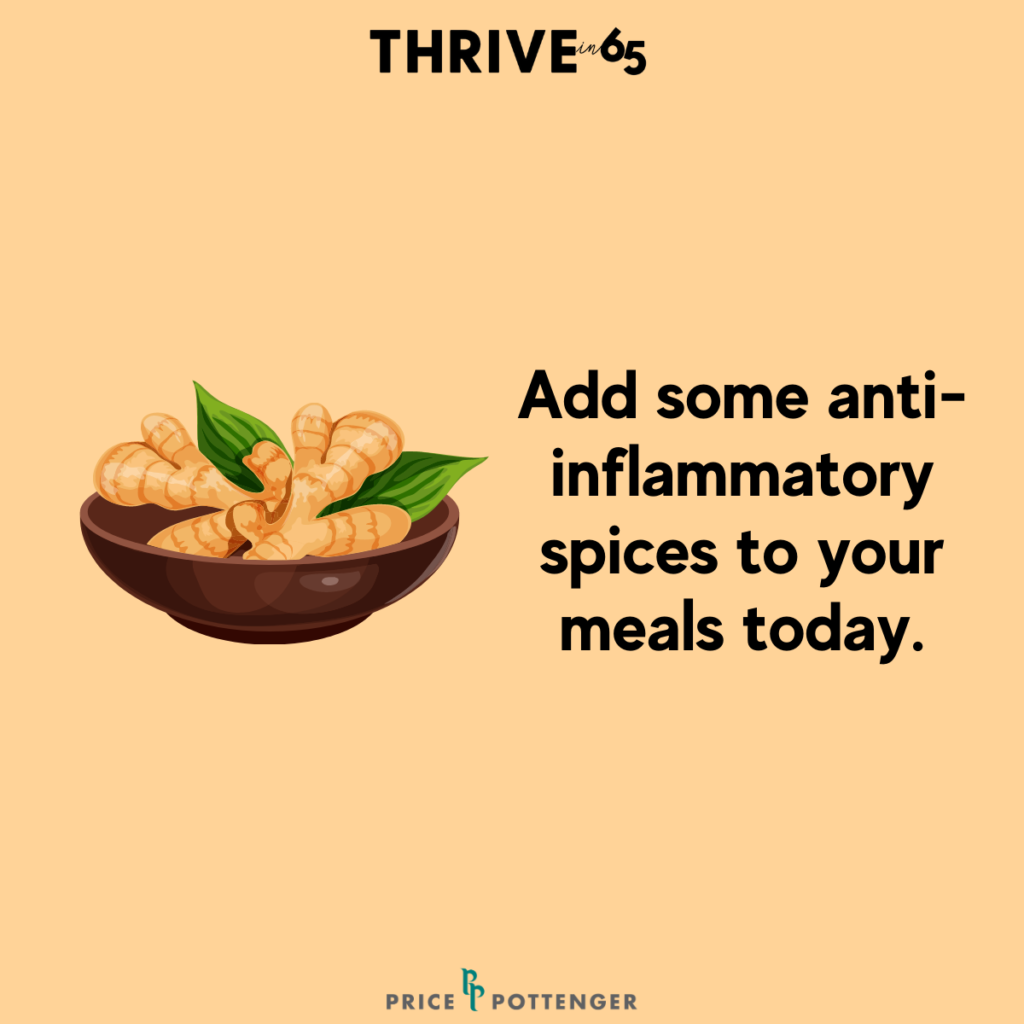 Whether you typically cook with cinnamon, ginger, or cardamom or you’re not a baker at all, you can still incorporate these warming spices into your weekly meal plan. You can even sprinkle cinnamon into a cup of coffee or hot cacao. 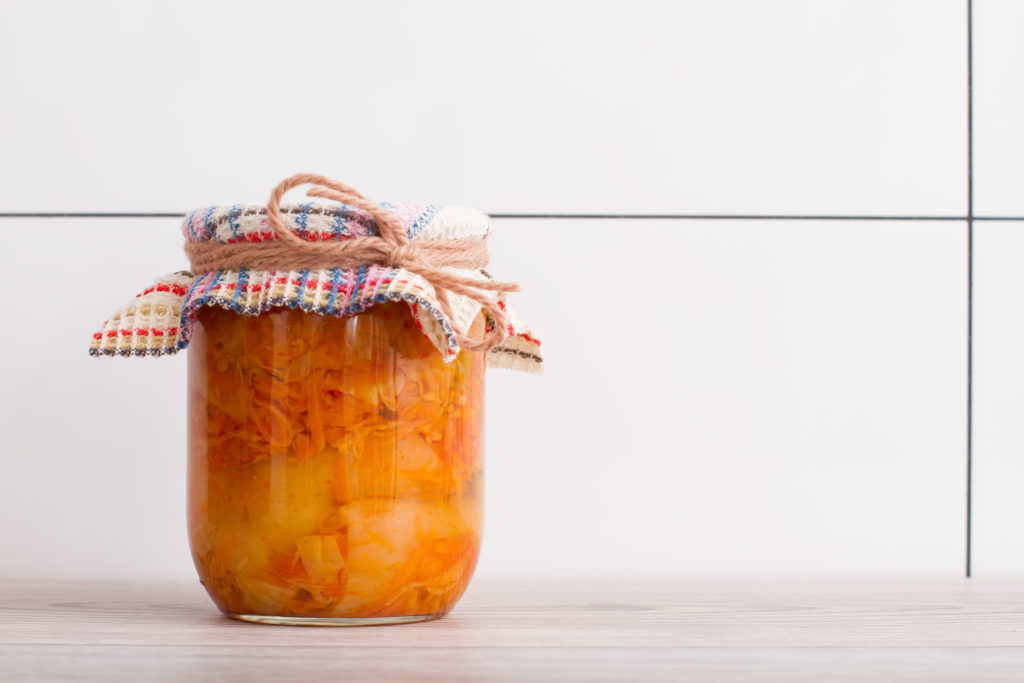 This Golden Ginger Beet Kvass is a great way to incorporate anti-inflammatory spices into a beverage that is also supportive of gut health and overall wellness.