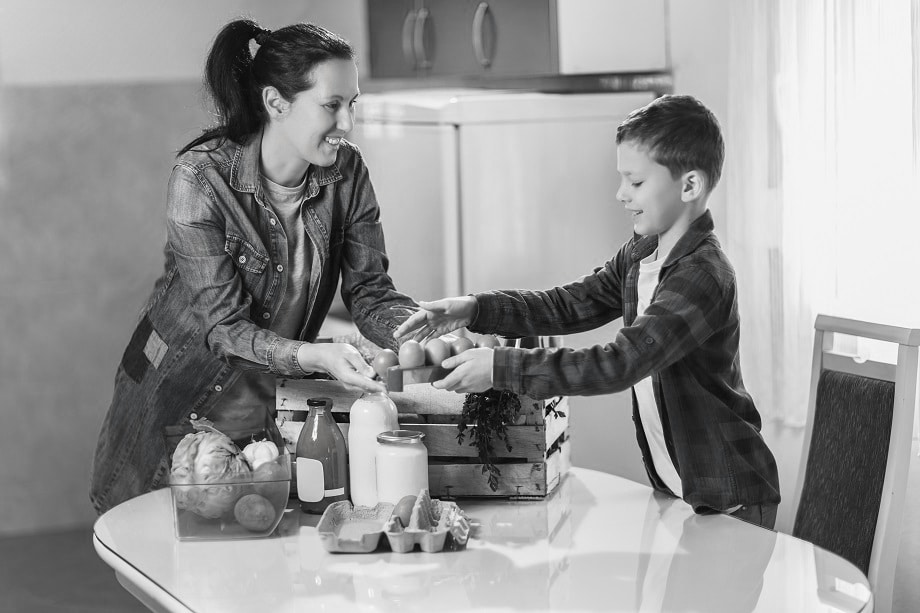 In February 1930, Dr. Weston A. Price addressed a meeting of the Cleveland Homeopathic Medical Society on the relationship between nutrition and disease. His speech attracted so much interest that he was asked to write the following article, which was published in the magazine Your Health in March of that same year. Dr. Price’s article could well be a contemporary commentary on the seasonal illness cycle sweeping many of our communities today.

The lack of adequate nutrients such as vitamin D, vitamin A, and other immune-protective substances, as well as the pervasive use of sugar and refined carbohydrates in the standard American diet, contribute greatly to our susceptibility to disease, as was obvious to Dr. Price. An interesting parallel is drawn by Dr. Steven Lin in his new book The Dental Diet, in regard to the causes of dental caries and coronary heart disease (see “Balance Your Oral Microbiome for Better Health and Immunity” in this issue).

Like a glint of sunshine through an opened casement window into a darkened basement is coming a great new light which seems destined to add another contribution to the length of life and the comfort of living. This new knowledge is coming from the discovery of an important relationship between the seasonal tides of sickness and the decrease or absence of certain life-giving substances in the available foods at certain months of the year. Some of these substances are the so-called vitamins, which are found to have a relationship to nutrition and function which might be compared to the relationship of the storage battery of an automobile to the gasoline. In the past we have measured our foods largely in terms of energy factors or calories, comparable to the quality of the gasoline used in the motor car. Is it not strange how complacently we have accepted the return of the periods of susceptibility to colds and various infections, including pneumonia, with the winter and spring months and then see this susceptibility disappear in certain parts of the summer season?

We have thought of people getting various diseases entirely because a certain organism obtained entrance to their system, without realizing that the organism obtained that entrance because a normal defense had been broken. While one by one the infectious organisms which have swept communities, local or general, have been identified and stamped out or reduced until epidemics are largely under control, deaths have continued from degenerative diseases, and in some instances there has been a marked increase in spite of the intensive programs for prophylaxis.

The February number of this journal [Your Health] carried an important communication on heart disease as the “staggering killer” of all the maladies and indicated that it has its beginning in 75 percent of the cases before ten years of age. Studies on this problem reveal the large part played by a streptococcus infection which has found entrance to the system through infected tonsils or decayed teeth and that there is an inheritance factor as a susceptibility. My intensive studies, over a period of years, on the etiological factors of dental caries and the relation of dental focal infections to systemic disease have revealed an ever-accumulating mass of data indicating an important grouping of certain degenerative processes in certain individuals, and that these individuals can readily be placed in groups on the basis of these characteristics. In a large percentage of individuals who develop acute or chronic heart lesions of the rheumatic type, dental caries often began prior to the tonsillitis or rheumatic attack which ushered in the heart infection. We have thought of these diseases as being not only separate entities but without relationship in their etiological factors. These new studies reveal an important common relationship in common origin; namely, the breaking down of susceptible tissue, often assisted by bacterial invasion which has become possible through the loss of a capacity for defensive reaction through the loss of organ and tissue function, all of which have been brought about in large part by the absence from the available food of adequate activators or vitamins and minerals.

These studies have also revealed that dental caries, the most universal disease in the world, is largely preventable and is chiefly caused by an absence from the foods of certain vitamins or imbalances between the vitamins. My data have shown that 100 percent of the children examined who have developed heart involvement of the rheumatic type also have or have had dental caries and similarly that 100 percent of the adults who have organic heart trouble have been susceptible at some period to dental caries. When we realize that the studies of the United States Public Health Service for several states have revealed that approximately one in thirty school children had at the time of examination heart lesions in the proportion of two functional disorders to one due to an organic lesion, we get an indication of the importance of preventing this serious disease.

While all of the known seven or eight vitamins are essential for normal life, it is probable that those that are fat soluble are the most difficult to obtain. These are vitamins A, D, and E. The normal source for vitamins A and D for the mammalia in infant life is milk fat, and for adults we may add organs of animals and sea foods, particularly the liver oils of fish. Contrary to the generally accepted view that all milk samples are comparable with regard to their value as a food, it has been shown by a few workers that milk is a very poor, if not a negligible, source of vitamin D. My studies have shown, however, that some samples of milk fat are high in vitamin D, even higher than many samples of cod liver oil.

Recent discoveries in nutrition have revealed the importance of certain obscure accessory food factors or vitamins for producing normal growth and development and for maintaining health. My studies have added to these much new data regarding the cause of dental caries and the defective development of teeth and bones of the face and body. In searching for additional sources of these special vitamins that are needed for growth, etc., dairy products are being extensively studied. While, as stated, it has been understood and frequently announced that milk and butter are very poor sources of vitamin D as revealed by animal tests made in many places, the studies I am conducting have revealed a marked difference in different samples produced at different seasons and in different places. About 90 percent of all samples of cream and butter tested were very low indeed for about six to ten months of the year in most places. This led to the making of tests for a very large number of districts, including over four hundred places distributed over the United States and Canada and many other countries, about every two weeks, beginning for this larger area in January 1929, and still in progress [at the time of this writing]. These studies have revealed a marked difference in the vitamin levels of creams and butters from the same places for different months of the year, and quite different levels for different places for the same months, apparently the result of different feeding programs. Both vitamins A and D are being tested regularly.

I have found the rise and fall in the level of these vitamins, month by month, to be practically the same for the years 1928 and 1929. Since all animal life is dependent upon plant life, directly or indirectly, the flesh-eating animals eating the plant eaters, and since plants of various kinds constituting our food and their various activators or vitamins show evidence of response to the same factors of a given district as those used as cattle fodders, it is very important that I have discovered that the plant vitamin curves for different districts are the reverse of the sickness curves for several diseases.

Milk, cream, and butter come to have a special value in proportion to their content of natural activators or vitamins rather than on the basis of their fat content. A cow’s value as an income producer is based on her volume capacity and the fat content of her milk. Her value as a foster-mother is largely dependent upon her capacity to provide these defensive and growth-promoting vitamins, which my studies are showing to be largely determined by her diet. The United States maintains twenty-five million dairy cows to be foster-mothers for us all. Some of them are very efficient when their food is adequate, and some cannot even raise their own calves or fail to produce healthy ones, often as a result of high production feeding programs. I am not blaming anyone, for we have not known how poor some of this milk was. In this case, as so often happens, lack of knowledge is very costly in childhood deficiency and adult handicap, all a part of the complicated causative factors in the development of dental caries, the deficiency diseases of childhood, and the degenerative diseases of adult life.

Why do we have these annual pilgrimages to the hospitals occurring in the winter and spring? I interpret my new data as indicating that there is a direct relationship between this factor and the seasonal level of the activators in the available foods.

This article, along with hundreds of other written works by Weston A. Price, DDS, has been preserved in the Price-Pottenger research archives, available to members at price-pottenger.org/why-traditional-diet/research-articles.