Additives and preservatives are included in commercial processed pet foods to prevent spoilage, extend shelf life, and improve the taste and appearance of the product. Because many ingredients in commercial processed pet foods, especially fats (and fat-soluble vitamins) and oils, are easily damaged by heat, light, and oxygen, (thus decreasing their nutritional value and possibly making them deleterious to health) preservatives are added to help stabilize the oxidative process. Additives such as colors and flavors are used to make the product more attractive to the consumer and add palatability for the dog or cat.

Some additives and preservatives are added to products by the manufacturer and others are added by the suppliers of the raw materials. For example, rendering plants must add denaturing substances before the material leaves their facility. Pet food manufacturers are not required to list on their labels the additives and preservatives that were added by the supplier. Some additives commonly found in commercial processed pet foods include:

Although studies have been performed on some of the individual preservatives and additives, there is little information as to their potential synergistic effects on health. Some of the preservatives commonly found on commercial processed pet food labels include BHA, BHT, ethoxyquin, nitrites, propylene glycol, propyl gallate, and "natural" preservatives vitamins C and E. Common additives include coloring dyes and MSG.

Studies with butylated hydroxyanisole (BHA) and butylated hydroxytoluene  (BHT) have raised valid concerns over the safety of their consumption. When administered in the diet, BHA induced papillomas and squamous cell carcinomas of the forestomach of animals. BHA in the diet of pregnant mice resulted in brain enzyme changes in their offspring including a 50% decreased activity in brain cholinesterase, which is responsible for the transmission of nerve impulses. When heated to decomposition, BHA emits acrid and irritating fumes. BHA is listed as a carcinogen by the state of California. In addition to its use in processed foods and cosmetics, BHA is also used as an antioxidant for some rubber and petroleum products.

BHT has encouraged the development of tumors from previously initiated cells, increased liver weight, and caused significant liver cell damage. Although pups from dams treated with BHT had normal birth weights, they lost weight during the lactation period. BHA and BHT also have a negative impact on animals' sleep, levels of aggression, and may affect the normal sequence of neurological development in young animals. Because BHT is also used as an antioxidant in plastic, contact may elicit urticarial reactions.

Ethoxyquin, originally developed as a rubber stabilizer, is approved for use in human food only as a preservative of spices. Over the last few years, the FDA's Center for Veterinary Medicine has received enough consumer complaints about health problems in pets that it has requested that the pet food industry voluntarily lower its maximum levels of ethoxyquin in pet foods. A recent study by the major manufacturer of ethoxyquin found that it increased blood levels of liver enzymes and red-blood cell metabolites, while additional studies have linked it to health problems including infertility, neonatal illness and death, skin and hair problems, immune disorders, thyroid, pancreas, liver, and kidney dysfunction, and behavioral disorders.

Dyes are used to make commercial processed pet food products more appealing to the human eye. Many dyes are linked to health problems. For example, yellow dye number 6 has been found to increase the number of kidney and adrenal gland tumors in rats. It may also cause chromosomal damage as well as allergic reactions. Its use is banned in some countries. Blue dye number 2 increases dogs' sensitivity to viruses.

Monosodium glutamate (MSG) is used as a flavor enhancer. It improves flavor, hides bitterness, and removes the tin-taste from canned foods. When MSG is combined with other foodstuffs, as it often is, it may be renamed. Thus, one may not find it on the label of foods that contain it. Research shows that MSG acts as a drug, inducing nerve-cell discharges to create a heightened taste sensation. It is classified as an excitatory neurotoxin or excitotoxin and is linked to cardiac irregularities, behavioral problems, gastroesophageal reflux disease, gastrointestinal disorders, muscle ache, and other health problems.

Nitrites are used as meat preservatives. They form cancer-causing compounds known as nitrosamines in the gastrointestinal tract and have been associated with cancer and birth defects. Human studies have also linked them to antisocial behavioral disorders.

Propylene glycol is used to maintain moisture and texture in commercial processed pet foods. It is also a component of antifreeze. It may cause irregularities in red blood cells, skin and coat problems, diarrhea, and weight gain. Propyl gallate is used to retard spoilage and is suspected of causing liver damage.

Vitamins C and/or E are becoming increasingly popular "natural" preservatives in commercial processed pet food products. While they may not have the negative side effects of "artificial" preservatives, unfortunately they also may not have the effectiveness of the artificial preservatives. These vitamins are more easily destroyed by heat, light, oxygen, and food processing. Naturally preserved foods should be consumed as soon as possible after the manufacture date. One should also note that even though pet food manufacturers may not add artificial preservatives to their pet food, they have probably already been added to many of the ingredients by the suppliers. 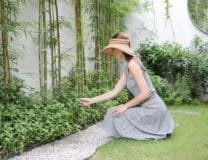 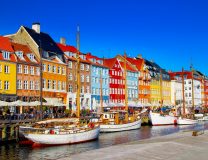