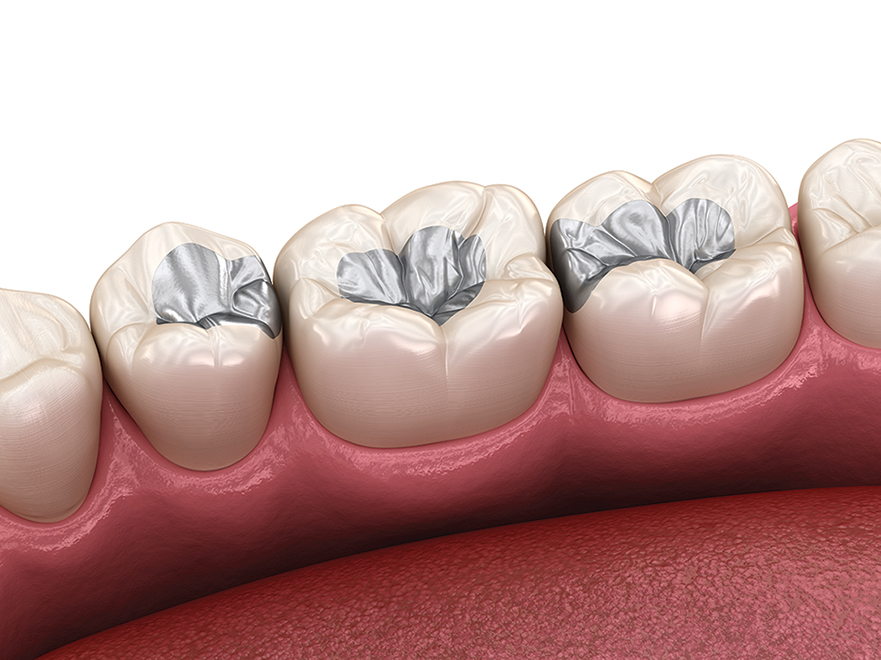 Updated recommendations concerning dental amalgam, the material used in so-called silver fillings, were released by the FDA on September 24. The new guidelines state: “The FDA has found that certain groups may be at greater risk for potential harmful health effects of mercury vapor released from the device [amalgam]. As a result, the agency is recommending certain high-risk groups avoid getting dental amalgam whenever possible and appropriate.”

Groups identified as high-risk for harm include: pregnant women and their unborn children; women planning to become pregnant; nursing mothers and their infants; children, especially those below the age of 6; people with neurological diseases such as multiple sclerosis, Alzheimer’s disease, and Parkinson’s disease; those with impaired kidney function; and anyone with an allergy or heightened sensitivity to mercury.

Dental amalgam consists of approximately 50% elemental mercury by weight, bonded with a powdered alloy composed of silver, tin, and copper. Over time, the amalgam releases small amounts of mercury vapor, some of which is then inhaled and absorbed into the bloodstream. The amount of mercury released will depend on various factors, including the age of the fillings, chewing and brushing practices, and habits such as grinding the teeth. Vapor release may be the highest while fillings are being placed or removed.

The FDA still holds the position that “the majority of evidence suggests exposure to mercury vapor from dental amalgam fillings doesn’t lead to harmful health effects for most people” [emphasis added]. However, the agency acknowledges that “uncertainties remain” about its long-term effects on high-risk groups, as well as whether its accumulation in body fluids and tissues results in “unintended health outcomes.”

Mercury is a toxic heavy metal that has no place in our mouths, particularly as numerous effective and safer options for filling teeth are readily available. Its use in dental amalgam can contribute to increased risk of various physical and mental health conditions, as well as harmful environmental consequences. To learn more about the potential damaging effects of mercury amalgam, read The Poison in Your Teeth by Tom McGuire, DDS, or Uninformed Consent: The Hidden Dangers in Dental Care by Hal A. Huggins, DDS, and Thomas E. Levy, MD, JD, both of which are currently available in Price-Pottenger’s online store. Also, search our website, price-pottenger.org, using the search term amalgam, to find articles such as “Natural Dentistry: An Interview with Andrew Zakarian, DDS” and “Safe Removal of Amalgam Fillings” by Stephen M. Koral, DMD.