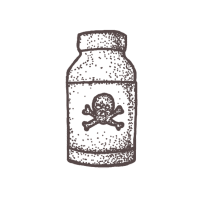 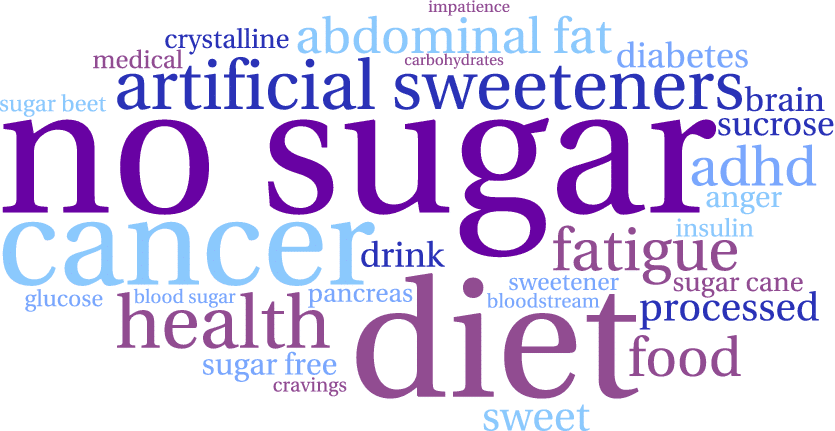 Sweeteners are so prevalent in modern, processed foods that it is difficult to imagine a diet that does not include them. In our next three blogs we would like to explain the different types of most common sweeteners and our recommendations for their use. In the tradition of saving the best for last, we’ll start with the sweeteners that aren’t just bad for you, but should be avoided at all costs. These are the sweeteners made from, what David Getoff, CCN refers to as, franken-molecules.

These are things that were made in a lab, that never existed on the planet, and for which there is no purpose in the diet of a human.  They have the potential to shorten your life or make you miserable and/or incapacitated during the years you have left. It’s important to understand why toxins have been added to a once pure food supply. To put it simply, profit is the most significant motivator. If there was no market for these toxins they probably would not have been added to our food.

The truth is there is a huge market for toxins (such as excitotoxins) because they enhance the taste of foods so dramatically the brain is tricked into causing the consumer to eat more and more of them. Ramen may be cheap, but it’s also addictive. Think about it. How good can salt, flour and water taste? These ingredients can taste fabulous when enhanced with mono sodium glutamate (MSG). These “sweeteners” (most of which are excitotoxins) are addictive and directly affect the brain when consumed. Sounds like a drug, not a food, doesn’t it?

Aspartame:  An excitotoxin, a neurotoxin and therefore, a poison.  It contains methyl ester which, as soon as it is swallowed, becomes free methyl alcohol also known as wood alcohol Methyl alcohol is used as antifreeze and is unfit for human consumption. After its introduction in the mid 1980s, it was found that 80% of complaints about food and additives that were volunteered to the FDA involved aspartame products.  Aspartame affects protein synthesis, how the synapses operate in the brain (seizures and brain disorders), and DNA.  It affects numerous organs therefore causing a variety of seemingly unrelated symptoms.  If you take in a lot of aspartame along with carbohydrates, you will decrease the availability of L-tryptophan, the building block for serotonin, an important neurotransmitter responsible for mood regulation.  Though it can cause long-term neurological problems, sometimes, when intake of aspartame is completely eliminated, the problems diminish or go away.  It is often sold under the brand names of NutraSweet, Equal, Equal Spoonful, and Amino Sweet.

Neotame:  Made by NutraSweet and is related to aspartame – in other words, dangerous!  Studies on Neotame don’t address any long-term health implications.  It also contains methanol which is used in antifreeze and in the production of biodiesel.

Sucralose:  Made in a similar fashion to pesticides, using chlorine in the process.  Not something most people would want to put into their bodies.  It is often sold under the brand names of Splenda, Sukrana, SucraPlus, Candys, Cukren, and Nevella.

Acesulfame K:  Contains methylene chloride, a carcinogen.  Its chemical composition is similar to saccharin.  It’s often used in conjunction with other toxic sweeteners to enhance and sustain the sweet taste in foods.  Also known as Sunette, Sweet One, Sweet ‘n Safe and used in items like Hershey’s Lite Syrup and Sugar-Free Jell-O.

Canderel:  The brand of aspartame used in the U.K.  See aspartame, above.

Saccharin:  Also known as sodium saccharin.  According to the Center for Science in the  Public Interest, saccharin should not have been removed from the list of potential carcinogens since it is a weak carcinogen.  Due to faulty testing practices, it was removed in 2000 from the National Toxicology Program’s “Report on Carcinogens” and, subsequently, very little further study on the substance has been conducted. In addition, the saccharine found in some infant formulas has been known to cause irritability and muscle dysfunction.  It is sold under the brand name of  Sweet’N Low.

Cyclamates:  Banned in the United States (sold in Canada and the U.K).  As with saccharine, it was found to be a carcinogen, but faulty testing practices give us incomplete information. At the time of this writing, cyclamates were not under further study.

Suddenly, these sweeteners don’t sound so sweet! One of the best documentaries on aspartame that gives the consumer insight into the entire artificial sweetener and big food industry is the documentary Sweet Misery: A Poisoned World. In our next blog we’ll explain why some sweeteners, such as cane sugar, while not possessing a scary, chemical-compound name, are not actually natural to the human diet and according to the work of the great nutrition pioneers should be avoided as much as possible.