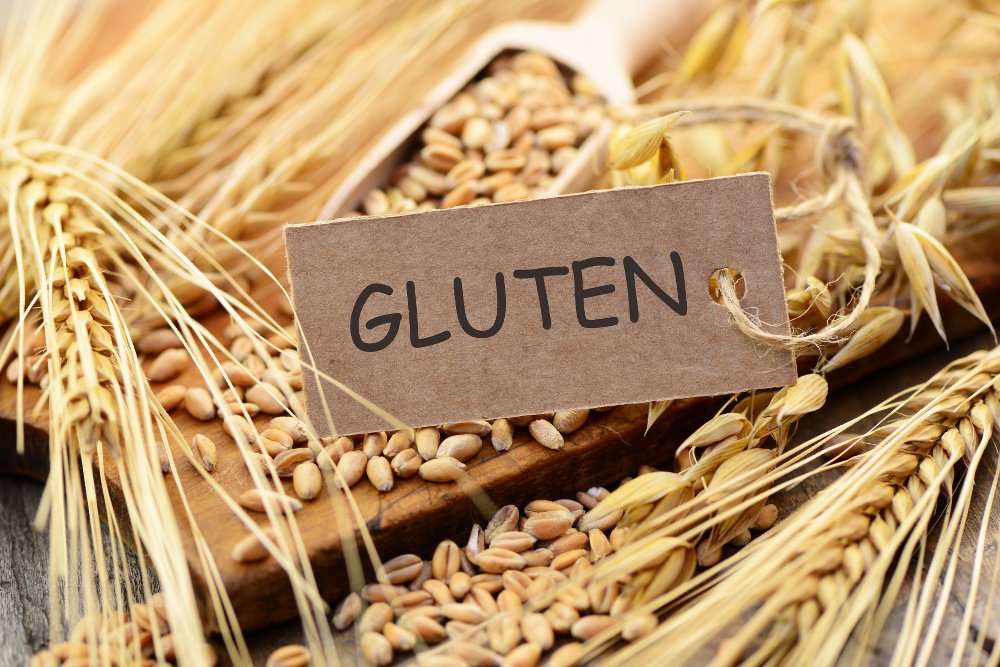 Though there’s been an explosion in the amount of research on the harmful effects of gluten, gliadin, and wheat in general, many still struggle to understand what’s going on, how many illnesses, reactions, and diseases might be caused by these substances, and how inadequate the testing is. Gluten and gliadin (and their many different forms) are proteins present in a variety of grains. The issues with these proteins have not developed randomly. People are not reacting negatively to gluten and gliadin because of environmental changes or because of genetic changes within their bodies.

These reactions are a result of an agriculture business model which no longer focuses on health but rather on maximizing production leading to more bushels per acre, and crops more resistant to different insects, blights, and fungi. This model also produces crops which have a superficially more attractive appearance. The production process changes plants and produce from something humans used to be able to gain nourishment from into a foreign food most people should not consume. Wheat crops (and the gluten and gliadin found in them) pose a serious problem as many people cannot digest modern wheat and therefore cannot absorb nutrition from these foods. In fact those who are sensitive to American hybridized wheat can damage their small intestine walls by attempting to eat foods containing this wheat. This can cause poor absorption of the nutrients in other foods an individual consumes, and thus lead to serious nutrient deficiencies.

These issues that are occurring in America with wheat are not happening in Europe. In fact, Americans visiting Europe often do not experience the reactions from eating wheat that they do when home in America. Europe produces heirloom, non-hybridized, ancient wheat, the most common type being emmer.

American wheat is the predominant problem and other American grains are also causing issues. Another issue with modern American breads and grains is that they are not properly prepared. Grains such as wheat contain phytates (phytic acid), or anti-nutrients. Phytates exist in most grains and legumes and prevent the body from absorbing magnesium. Phytates also strip calcium from the body and cause mineral deficiencies. The enzyme phytase can neutralize phytic acid and also exists in grains and legumes. The phytase in grains is activated only when the grains are soaked at a warm temperature with water, and fermented with the addition of an acidic agent such as apple cider vinegar. It is rare to find bread in an American grocery store or restaurant made with this level of preparation. The bread most likely to made traditionally is sourdough.

The following are a list of diseases, symptoms, and reactions that are possibly related to an allergy or intolerance to wheat, gluten, and/or gliadin.

Testing for an allergy, an intolerance, or a sensitivity can be very misleading. The medical community has not handled defining allergies well. Allergy is defined as an immunoglobulin or histamine response to a foreign protein. Therefore, if you respond to anything, without a histamine response (it doesn’t stuff you up, it doesn’t make your eyes tear, etc.), the doctor will tell you that you do not have an allergy to that substance, gluten. However, there are many different ways that our bodies can react to a substance that it doesn’t like or doesn’t handle well. So, if you have a negative response to wheat, gluten, or any food, believe your body.

Unfortunately, with gluten, it takes an average of six weeks to two months before it is completely out of your system. Other foods don’t take nearly as long – some just a day. Gluten is more troublesome and has even been known to take up to five months to completely leave the body. In addition, you’d be amazed at how many foods have some form of wheat, gluten, or gliadin in them.

The following foodstuffs that MAY contain them:

It can be extremely challenging to eliminate all gluten from your diet. If all of these products contain gluten, how is one supposed to avoid gluten? Not eating in restaurants is a great way to begin a non-gluten regiment as most restaurants cook with substances such as soy sauce, malt vinegar, and tomato paste. Even that innocent-looking salad might not be harmless if topped with a house dressing. However, if you feel overwhelmed by the elimination of gluten from your diet, remind yourself you are trying a six-week experiment to see if the removal of this food will improve your health and wellbeing.

You are worth a six-week experiment, aren’t you?

Spelt and Kamut are our more ancient grains. Less people react to these, but they are still an issue for some people. You simply have to give it a try and see what happens. Barley contains gluten, but if you try an heirloom grain like Buffalo Barley found at Goldmine Natural Foods, you may discover you don’t react at all. Others to experiment with are millet, sorghum, teff, buckwheat, wild rice, quinoa, and amaranth.