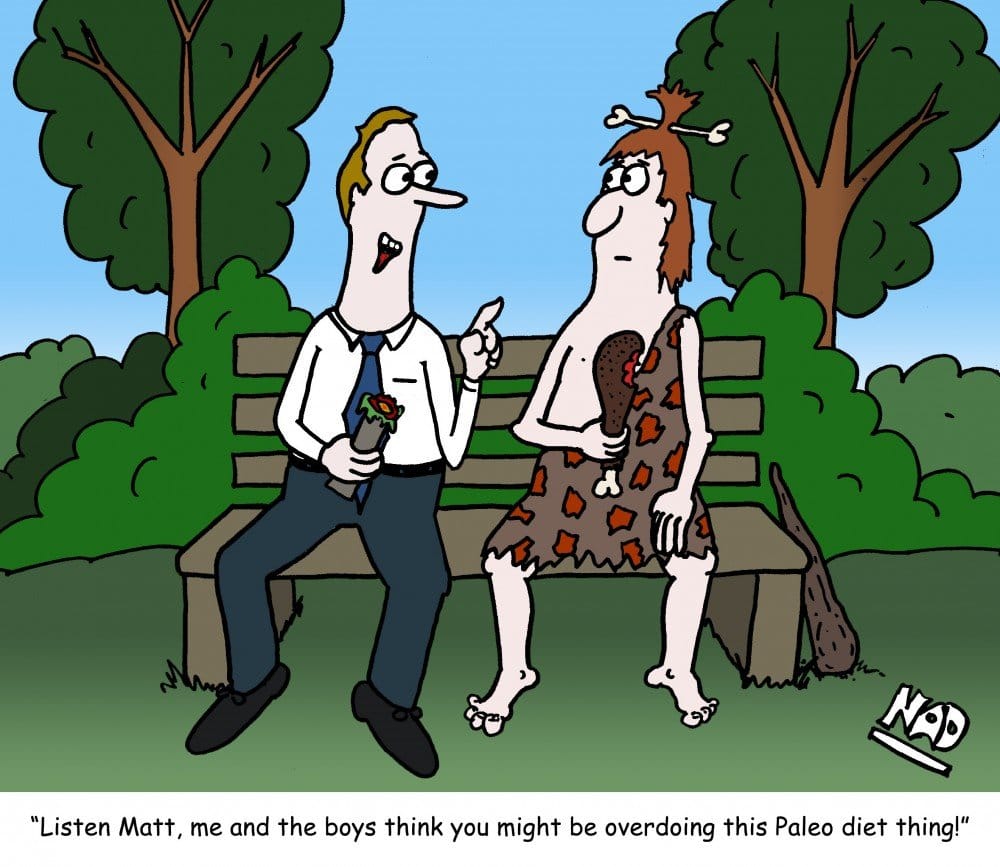 If you can’t find yourself identifying with a caveman or have no idea what your great-great-great-grandparents had cooking over the fire, words such as “paleo,” “primal,” or “traditional diets” can be rather intimidating – and easily misconstrued.

With increasingly more nutritional information available at our fingertips comes more ways to classify it, put a buzzword around it, and call it a lifestyle. Still, the only truth we can verify is that not one diet will work for everyone. Our bodies are unique temples comprised of a unique biology, influenced by our ancestors’ lifestyles and by our environments. In other words, one man’s superfood grain is another’s uninviting trip to the toilet. So, here is an attempt to unravel any mystery around the differences between three seemingly similar diets: Paleo, Primal, and Traditional Foods.

What all of these diets have in common is a strong foundation in clean, whole, and unprocessed foods – the sustenance of our unindustrialized ancestors. From there, they mostly differ on the specific role that varying sources of macronutrients play in fueling and supporting our bodies. However, most proponents of each diet are starting to converge on their philosophies, as broken down below.

The underlying principle of the Paleo diet is “thou shall eat like a caveman.” Paleo proponents look to our foraging ancestors for guidance, with the central idea that the human body has still, after 10,000+ years, been unable to metabolically adapt to agriculturally produced foods, such as grains, dairy products, legumes, and, of course, refined sugars and oils.

Exactly what the Paleo diet consists of has shifted over time, and various interpretations outside of the Paleo community has caused a bit of restlessness in the caves. In fact, the number of Paleo proponents upset by different definitions of the Paleo diet only helped underline how much the originators of the diet have slowly revised their ideas to be more aligned with Traditional Foods diets – especially regarding the importance of animal and saturated fats and the balance between the fat-soluble vitamins A and D. In general, the current Paleo diet consists of: eggs and meat (poultry, beef, pork) from grassfed animals, now often including organ meats, skin, fat, and bones, although some Paleos advocate the consumption of primarily lean meat; seafood (cooked and raw); healthful oils (olive, avocado, coconut); fresh vegetables and fruits (limiting high-sugar varieties, especially dried fruit and juices); and the occasional natural sweetener (typically maple syrup, raw honey, or dates).

Paleo dieters avoid all grains, dairy (though some now accept butter made from the whole milk of grassfed cows), legumes, starchy vegetables (except for sweet potatoes, which do not contain antinutrients like saponins as other potato varieties do), salt, and industrially processed foods.

Another theory based on evolutionary science spawned the Primal diet, which is very similar to the Paleo model, with nutrient-dense proteins, fats, fruits, and vegetables rounding out the plate. One glaring difference, however, highlighted by Mark Sisson, author of The Primal Blueprint, is the consumption of saturated fats, his “fuel of choice.” Sisson cites Dr. Loren Cordain, the self-professed “World’s Leading Expert on Paleolithic Diets and Founder of the Paleo Movement,” who initially recommended only lean meats in limited quantities, while avoiding saturated fats, and who also allowed diet soda with artificial sweeteners. (He has since changed his mind on both ideas.) Subsequently, Paleo and Primal advocates began coalescing around their ideas of fat consumption, yet there are still a few minor differences between the two diets. Sisson’s Primal Blueprint, designed around the idea of his male primal prototype named Grok, also allows a few starchy vegetables (potatoes, yams, beets), as well as legumes, fermented soy, and occasional raw, fermented dairy for those who can tolerate it.

Who would have thought a dentist could revolutionize nutrition? Dr. Weston A. Price’s studies of indigenous peoples around the world helped him piece together the crucial link between their lack of degenerative diseases and their traditional diets, which centered on nutrient-dense, whole foods. Taking the discoveries of Dr. Price, we extol the virtues of pasture-raised animals (from their fat to their bones), wild fish, saturated fats (including butter and coconut oil) as well as cod liver oil and high-vitamin butter oil, and fat-soluble vitamins A and D, all of which have made their way into the now typical Paleo or Primal mindset. However, our Traditional Foods diet can also include full-fat milk products (preferably raw and/or fermented); lacto-fermented fruits, vegetables, and beverages; and whole grains, legumes, and nuts. Note: While we do recommend soaking or sprouting all grains, legumes, and nuts, we have not found specific references to these processes in Price’s original research, archived and disseminated in our foundation. We also recommend unrefined salt (preferably Himalayan or Celtic sea salt, or Redmond’s Real Salt) and a wide variety of organic herbs and spices, too, which are often mentioned only peripherally in the Paleo and Primal literature.

Of course, there are many offshoot diets derived from the three mentioned above, including Dave Asprey’s Bulletproof Diet, a much more flexible healthy-fats-touting, clean-eating plan; Dr. Natasha Campbell-McBride’s GAPS (Gut and Psychology Syndrome) regimen, an elimination and therapeutic diet designed for individuals with mental and psychological disorders; and Dr. Terry Wahls’ Protocol, designed specifically for multiple sclerosis (MS) and other autoimmune conditions.

So, which diet is best for me?

The commonality in all of these diets is they look back in time and recommend eating what healthy people ate. Dr. Price had hoped, in his travels, to find a vegetarian tribe. What he found instead was that all tribes consumed some form of healthy animal protein and animal fat (from animals living as nature intended, eating the foods appropriate for them). Whenever possible, look back at what your healthy ancestors ate and include those foods in your diet. If that isn’t an option for you, use the tool of metabolic typing which uncovers the best nutrition for your individual metabolism.

Life in all its fullness is Mother Nature obeyed.